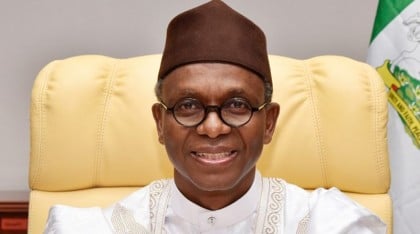 The governor, while laying the blocks in Kaduna Millennium City, said that the investment was a Public Private Partnership anchored by the Kaduna State Investment Promotion Agency (KADIPA).

He said that all the APC governors were trying to reduce housing deficit, hence the need for the low and medium housing projects.

According to El-Rufai, government would provide infrastructure such as water, electricity and police post among others at the project site.

“I want to appeal to the communities to cooperate with the developers because every development creates job for people residing there,” he stated.

The governor assured the developers of government effort to protect their interest by deploying security agencies to the communities.

“We hope within the next one year, we will return to commission these projects, even though we have been assured that the shopping mall would be completed by June’’.

Earlier, the Executive Secretary, KADIPA, Mrs Umma Aboki, said government was confident that the developers have the capacity to deliver 3, 000 houses in the next five years.

“In a similar vein, we are vigorously working with developers of market and neighbourhood centres to improve the shopping experience of Kaduna residents in ensuring that all our markets are properly planned with ample access and exist points.

“At KADIPA, we are committed to providing first class service and an enabling environment to support serious investors in this and many other priority sectors,” she emphasised.

She assured investors that the government has put in place measures for ease of doing business.

“We are committed to ensuring that the time taken to start businesses are reduced to the barest minimum through streamlining of all processes and removing bottle necks at all levels.”

NAN reports that the ground breaking ceremony was performed at four locations with different partners expected to invest in separate projects. (NAN)