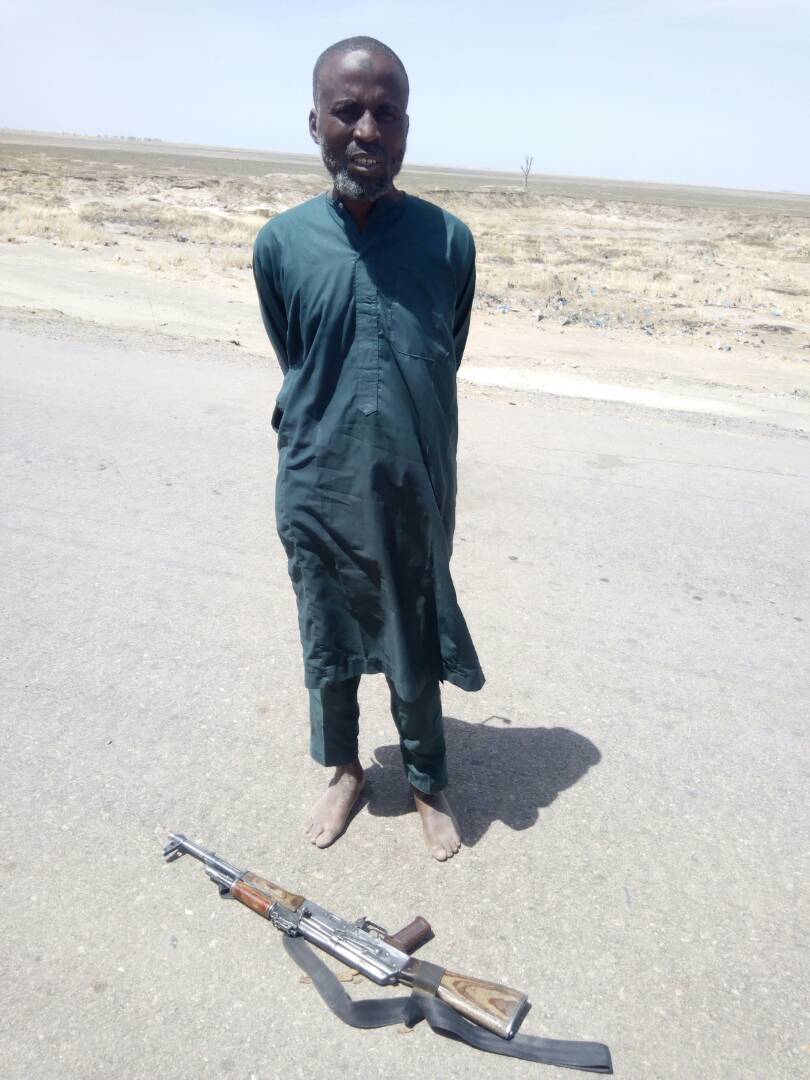 Texas Chukwu, Abuja: It is obvious that the fight against the insurgents is a decisive engagement as the Nigerian military is fully committed to the battle. This is paying great dividends as the insurgents could no longer take the heat. Operation Deep Punch 2 and other Operations have decimated and uprooted Boko Haram Terrorists (BHT) from their stronghold in Sambisa forest. One of the Shekau’s Amirs in Malumri village under Bama Local Government Area of Borno State, who realized how badly they have lost in their fight has surrendered to the troops.

At the early hours of Tuesday 20 March 2018 Mallam Ramat Alamin aged 47 and Shuwa by tribe was intercepted by troops of 22 Brigade Garrison deployed along road Dikwa – Gulumba Gana. Mallam Ramat said he came to Dikwa to surrender himself to the troops due to the fact that Boko Haram Terrorists group could no longer hold itself and they are presently in disarray with little or no logistics to carry out their nefarious attacks. He disclosed that his personal weapon AK 47 rifle with Registration No:  H3 2538, four AK 47 empty magazines and one motorcycle were hidden behind Government Teachers College Dikwa while trying to enter the town to surrender.

He also said that, many of the terrorists are willing to surrender due to hunger and lack of basic logistics but are scared of the consequences.

It is good and courageous for him to surrendered and would be recommended for Government de-radicalization programme. He gave out some information and encouraged other terrorists to take a cue from him and surrender in order to ensure lasting peace and stability in the North Eastern part of Nigeria.