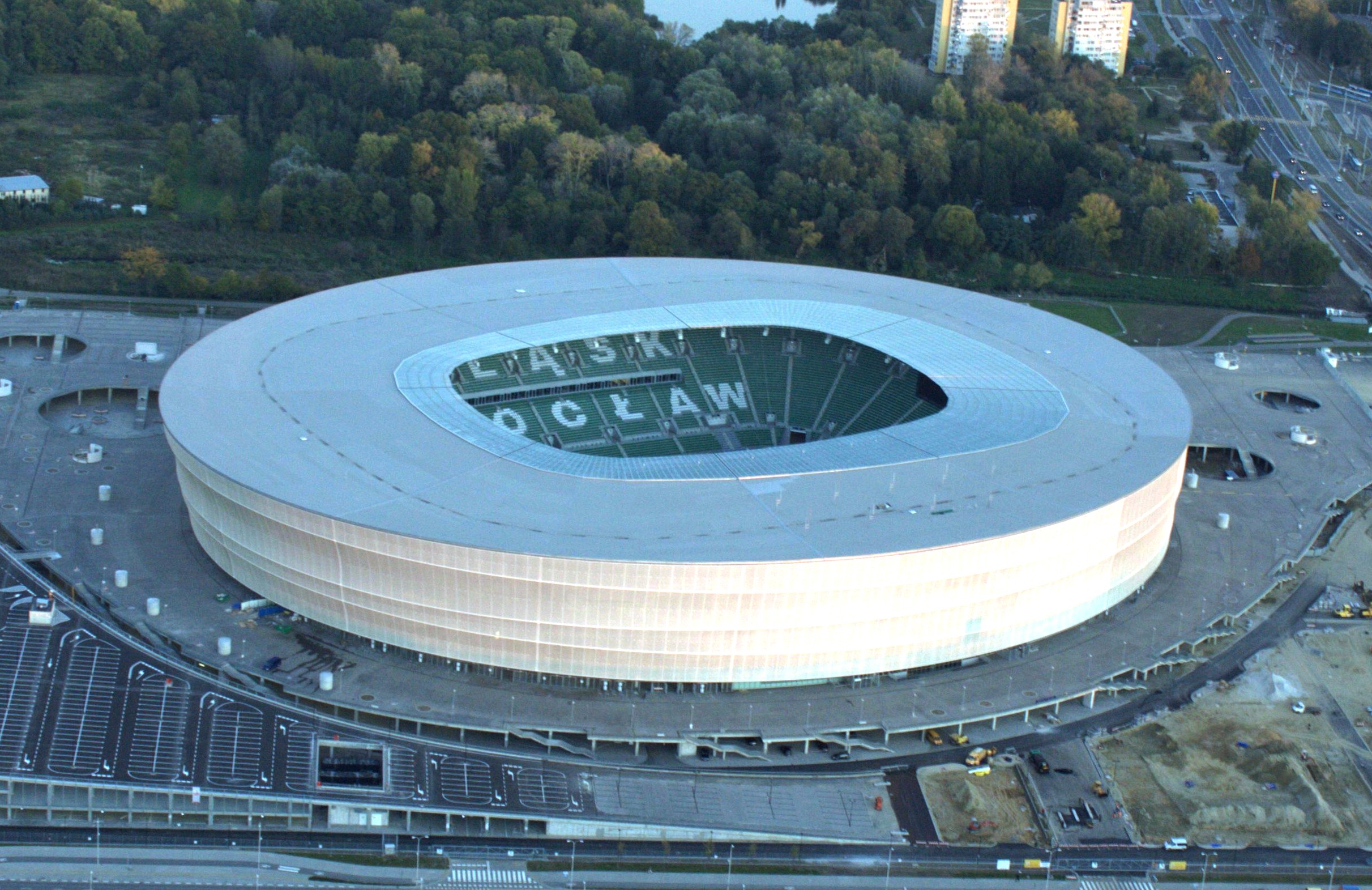 Nigeria Plays Poland Today at Municipal Stadium in Wrocław, What You Need To Know

The Municipal Stadium in Wrocław, Poland, is a UEFA Category Four association football stadium built for the 2012 UEFA European Football Championship, where the match will be played.

The Stadium is located on Aleja Śląska in the western district of Pilczyce.

The Municipal Stadium in Wroclaw is the largest arena in Ekstraklasa and the third largest in the country (after National Stadium and Silesia Stadium), it has a capacity of approximately 42,000.

The last friendly match Poland played on the turf was against Slovenia and it ended score draw.

Poland is the country home of the lethal striker of FC Bayern Munich and former Burussia Dortmund forward, Robert Lewandowski.

The match is expected to Kick off at 8.45pm Nigerian time.

After today’s match, the Super Eagles is also to play another match on Tuesday with Serbia in London, afterwords the three-time African champions will play a Send-forth match against the Democratic Republic of Congo 25 May, 2018 in Nigeria, before flying back to London for a prestige clash England’s Three Lions at Wembley on 2nd June and finally on the 6th June, to play Austria.

Unconfirmed information that the Football Association body of Nigeria, The NFF is planning a match with former World Cup winners, Germany before the World Cup starts. 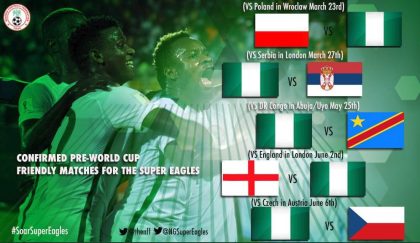