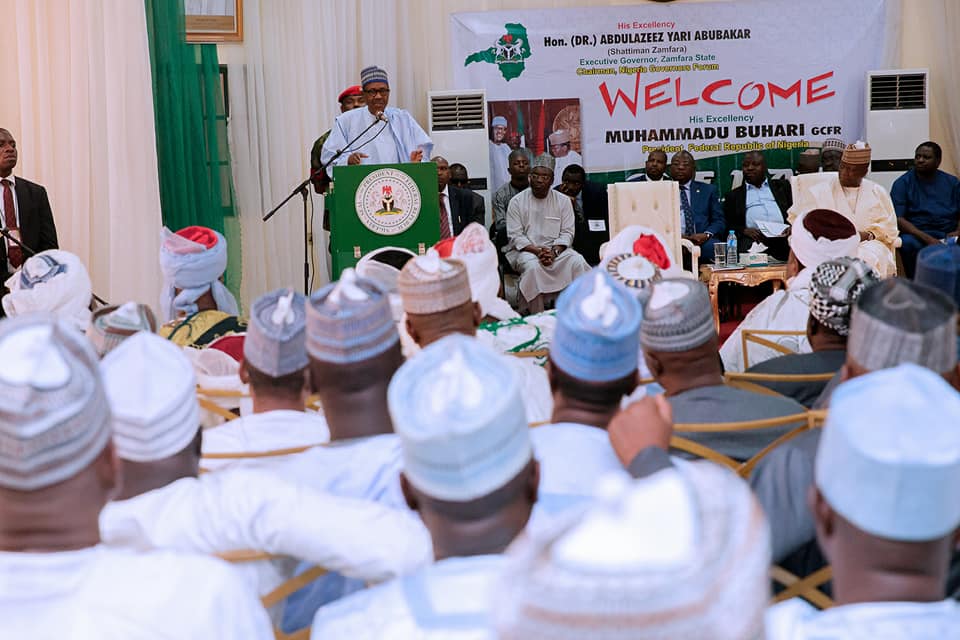 Femi Adesina, Abuja: President Muhammadu Buhari Thursday in Gusau, Zamfara state, directed security agencies to improve their strategies of intelligence gathering, surveillance and accuracy in deployments, and ensure that criminal activities are brought to an end across the country.

“As far as I am concerned, our security agencies have recorded some successes, but they need to do much more. They are not to oppress anyone, but they have to gather and send intelligence and warnings when something is about to happen,’’ he said.

The President commended the security agencies for eliminating a dreadful criminal, “Buhari general’’, who had for many years initiated killings and destruction of properties.

“Before “Buharin-daji”, who calls himself a general, there was a criminal who killed many people and he was killed; “Buharin–daji’’ has followed him and others like them should also follow,’’ he added. 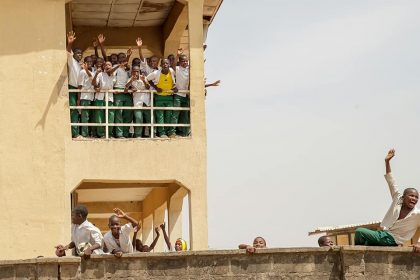 President Buhari said the threats to lives and properties will be significantly reduced with improved relations among community leaders, citizens and the security agencies.

“I have come here to commiserate with you over loss of lives and properties. We will continue to do our best to improve the security situation. However, those committing atrocities live with you. Some of these people are not reported because you don’t trust the security outfits, instead you report back to the criminals. We should give priority to security’’ he said.

The President warned that the ongoing war against corruption will be reinvigorated and sustained until public officers, who abused their positions, faced the wrath of the law.

President Buhari told the elders and traditional rulers that properties that had been confiscated by security outfits from some suspected corrupt public officials will be sold out, after the completion of court procedures.

He urged Nigerians to take advantage of the ongoing reforms in the agricultural sector, pointing that the era of depending on petrol will one day come to an end. 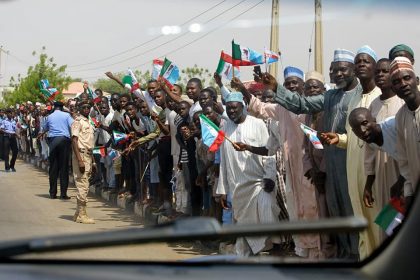 On herdsmen attacks, the President said there was a need to revisit and review the old grazing area arrangements that guaranteed harmonious relationship between farmers and herdsmen, where differences were amicably resolved through the law without violence.

In his remarks, Governor Yari, who is also the Chairman of Nigerian Governors’ Forum, said the state government had deployed resources that were initially designated for development into fighting criminal activities.

The governor, who commended the security outfits for working hard to protect the state, pleaded with the Federal Government to improve the funding of operations, increase the number of security men working in the state and reimburse the state for monies spent on some Federal Government projects like roads, which he said was a major priority in fighting criminals. 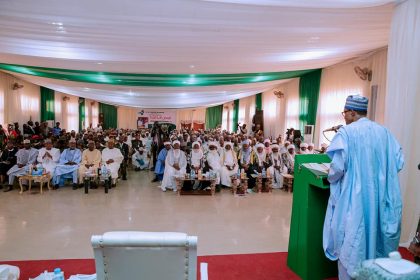 In his presentation, the Secretary to the State Government, Prof. Abdullahi Shinkafi, said the state faced three major criminal challenges of cattle rustling, armed banditry and abductions and demand for ransoms.

Listing out eight major flashpoints, the Secretary to the Government said 1,321 lives had been lost since 2011, while 1,881 people sustained various injuries from attacks, with about N14 billion spent on fighting the menace.

The traditional rulers, elders and leaders of the affected communities also pleaded with the government to ensure immediate security intervention in order to save lives.

NEWER POSTBoko Haram steps up use of girls as bombers
OLDER POSTICPC to declare Jang wanted over N5.6n fraud