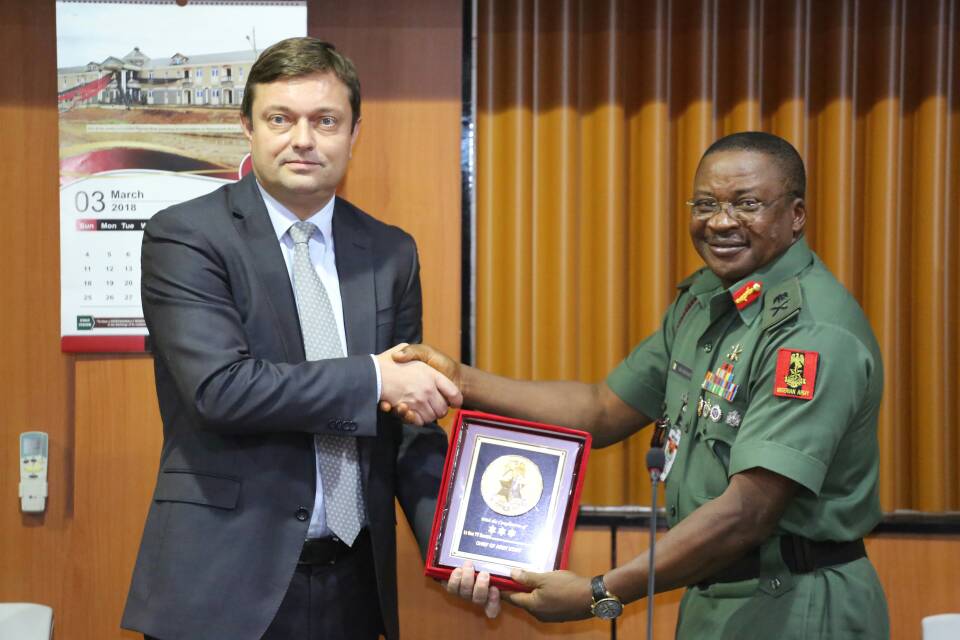 European Union Team up with @HQNigerianArmy on Security

Texas Chukwu, Abuja: The European Union (EU) has promised to collaborate with the Nigerian Army to tackle issues of insecurity bedevilling the country.

The EU Ambassador to Nigeria, Ketil Karlsen, made the pledge in Abuja when he led members of his team on a visit to the Chief of Army Staff (COAS), Lieutenant General Tukur Buratai at the Army Headquarters Abuja.

The EU Ambassador praised the Nigerian Army under the leadership of Lieutenant General Buratai for excellent job in ensuring security in the country.

He indicated interest of his organization to partner with the Nigerian Army in the provision of Intelligence, Surveillance and Reconnaissance assets to combat Boko Haram Terrorists and other criminal gangs.

The Ambassador also sought clarifications on farmers/herders clashes, the Nigerian Army’s role in elections and security in the Niger Delta.

In his response, the COAS represented by the Chief of Training and Operations (Army), Major General David Ahmadu, expressed the readiness of the Nigerian Army to partner and collaborate with EU in order to totally defeat the Boko Haram insurgency.

He highlighted challenges faced by the Nigerian Army in combating isolated Improvised Explosive Devices attacks on troops and civilians by the insurgents.

He thereafter urged the EU to assist the Nigerian Army with demining platforms.

The COAS said that the Nigerian government is addressing the farmers/herders clashes as well as other forms of security challenges in the country in order to create a peaceful atmosphere for socio-economic activities including elections.

He reiterated that he role of the Nigerian Army is to provide security during elections, but not to interfere in the process. He stated that some suspected Boko Haram Terrorists have gone through de-radicalization programmes and are now being engaged on vocational training in Gombe State. 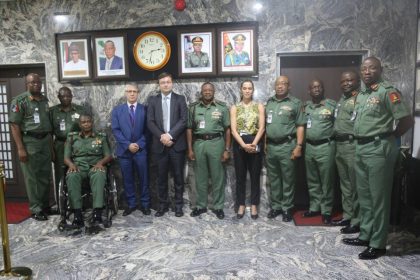 The COAS pointed out that the Federal Government is totally committed in the de-radicalization process to keep repentant insurgents busy. Present during the visit were some Principal Staff Officers of the Army Headquarters.