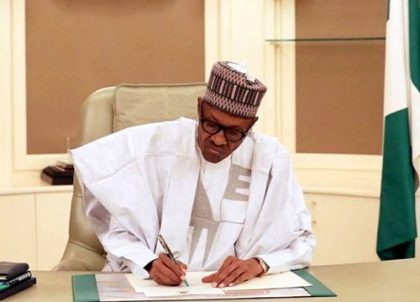 President Muhammadu Buhari on Tuesday requested the Senate to confirm the appointments of 23 members of the National Population Commission (NPC).

The request was contained in separate letters read by the President of the Senate, Dr Bukola Saraki at plenary.

The request for the confirmation was in compliance with section 154 (1) of Nigeria’s Constitution. (NAN)