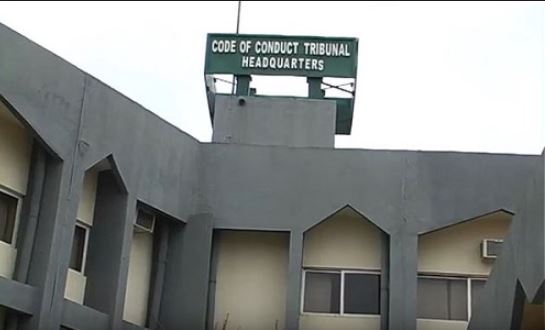 Mr. Danladi Umar, Chairman of the Code of Conduct Tribunal (CCT) has approved April 24 and April 27 for the arraignment of a serving Commissioner and 54 other public officers before him in Bauchi State.

According to a statement by Mr. Ibraheem AL-Hassan, Head, Press and Public Relations of the tribunal, the trial would be conducted at the state High Court Bauchi.

The CCT said the routine inter-state became necessary in order to handle all pending cases brought to it by the Code of Conduct Bureau (CCB).

The court said those to be arraigned for the alleged breached of code of conduct of public officers were both career and political office holders.

According to him, they include one serving commissioner, nine Senior Assistance operating from the office of Secretary to the Bauchi state government and three Personal Assistance to state Governor.

Others, according to the spokesman of the tribunal, include four staff of the Nigeria Drugs Law Enforcement Agent personnel with a Commander operating in the state.

Al-Hassan further listed Chief Superintendent of Custom and eight Police officers of different ranks in the state command to had allegedly breached the CCB’s Act.

He said the aim of embarking on state’s trial was to bring justice to the doorstep of the defaulters spread across the country.

“Also the itinerant session would serve as a means of reaching out to the state on the activities of the CCT.

“It is our hope that this would serve as a deterrent to other public servants who do not consider it necessary to promptly declare their assets’’, Al-Hassan said.

NEWER POSTUpdate: Police Hands Over Senate Mace to The Clerk of the National Assembly
OLDER POSTTroops Successfully Repel Attack by Bandits in Taraba