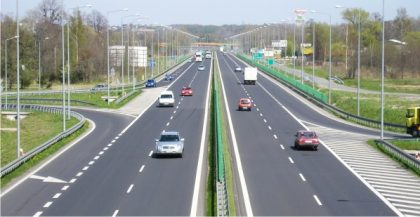 The Federal Government has committed over N3 trillion on infrastructure development in the country. The Minister of State II for Power, Works and Housing, Suleiman Zarma made this known on Wednesday when he paid a courtesy visit on the Gov. Yahaya Bello of Kogi.

The News Agency of Nigeria (NAN) reports that the minister, in the company of some ministry’s officials was in the state as part of a routine assessment of the Federal Government projects on roads, housing, and power.

He said the essence of the tour was equally to highlight the Federal Government’s achievements because it has been working so hard and much but little was being said about its achievement.

“This government has committed over N3 trillion in infrastructures and more will come in subsequent budgets so that it can deliver on roads, power and housing massively.

Zarma noted that the roads in the state have been substantially completed while the received SUKUK Sovereign Fund which was a bond reposed confidence on the investors.

He noted that the National Housing Programme site in the state, located at Crusher in Lokoja with 72 housing units was already 90 percent completed.

He commended the state government for its unprecedented collaboration in actualising the housing programme adding that more housing units would be built after the phase one.

Bello, represented by the Deputy Governor of Kogi, Simon Achuga

“I have been briefed that you have inspected the progress of work at many roads along this axis and you are yet to see Idah -Nsukka road.

“From Nsukka to Abuja you will not spend more than three hours thirty minutes if that road is in order. The same thing goes to Lokoja-Kabba-Mokwa road and Ilorin Axis.

The governor further urged the Federal Government to hasten up in putting these roads in good condition to enhance hitch free vehicular movement especially the Lokoja-Ajeokuta-Anyingba road.

“Work has been going on there but the spate of work has not met the yearnings of the people, we want to appeal to you to finish the work in good time.

“We are appealing that as the dualisation continues; let it expand through Okene-Benin road and Ankpa-Otukpa road.

“We are happy that the Federal Government has devoted money, energy and time for infrastructural development; we are ready to collaborate for the infrastructural projects to succeed and be sustained (NAN)