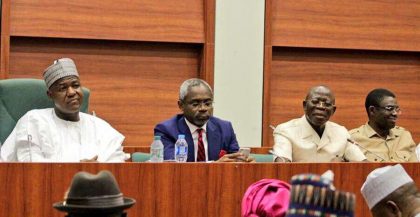 The Caucus of the All Progressives Congress at the House of Representatives has endorsed former Edo State Governor, Mr. Adams Oshiomhole, for the position of the National Chairman of the party.
Oshiomhole and the lawmakers had met behind closed doors at the National Assembly for over three hours on Tuesday.

After the meeting, Gbajabiamila spoke with reporters in company with Oshiomhole and Dogara, where the APC leader announced the decision of the caucus.