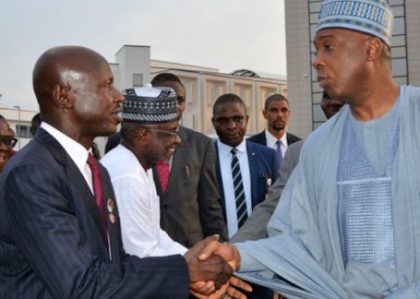 Recall that the upper chamber of the Nigerian National Assembly, the Senate is yet to confirm the acting Chairman of the anti-corruption agency, the EFCC, Ibrahim Magu.

The executive attempts to Confirm Magu fails at the senate, the executive hold on the their choice of Magu and refuse to replace him.

The Commonwealth Africa sees what the Nigerian senate fails to see in Mau at their 8th Annual General Meeting, Conference for Heads of Anti-Corruption Agencies which started on Monday, May the 4, 2018 at Transcorp Hilton, Abuja, came to an end with the resolutiin of Ibrahim Magu, the Acting Chairman of Economic and Financial Crimes Commission, EFCC, Nigeria, as the Chairman of the association for the next one year.

This to many signifies the success and loud achievement Magu has build to himself and the agency he heads in acting capacity in almost three years he served.