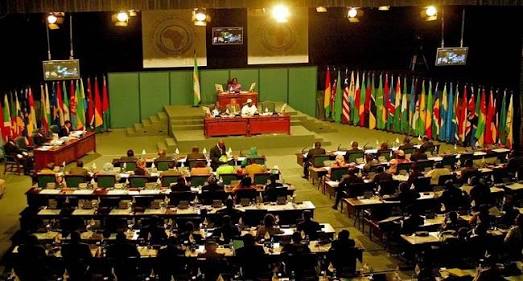 Turaki Hassan, Abuja: Speaker of the House of representatives, Hon. Yakubu Dogara has stated that parliaments are the hope of saving the people from dictatorship, even as he called on African countries to invest more in building democracy and it’s institutions.

Dogara stated this when he played host to a parliamentary delegation from Liberia, undertaking a study tour in Nigeria, comprising of  members of Joint Committee on Public Accounts, Expenditure  and Audit, led by Sen. Henry Yallah.

He said for democracy to be solid and sound, the institutions must be strong, as  their failure would always be blamed on the parliaments who fail to rise up in their defence.

“So we have to invest more in building democracy  and democratic institutions. Where Institutions are strong; democracy itself will be made strong. And to be very candid, Parliament are the hope of saving the people from dictatorships. Where democracies fail; it is common place to blame it on Parliament, it becomes the fault of Members of Parliament who are not willing to stand up to principles and be defenders of those democratic Institutions”.

The speaker who decried the delicate nature of democratic institutions all over the world ,  advocated for the establishment of a body that will be vested with the responsibility of defending democracy against dictatorship.

“Democracies all over the World are very fragile and that includes even democracies in advanced countries that we regard to have advanced democracies. Even in the United States we are beginning to see that there is the fight to keep the loyalty with the people rather than to any form of democratic malfunction. Even things that we thought were completely impossible to happen in advanced democracies, we are beginning to see them, like breaches. That therefore tells us that we even need to institute a body that may be known as the defenders of democracy, I don’t know how we can go about that, I’m just thinking loudly about some of these issues. But to be candid, even though it is not the best form of government, but this is the best that is known to man. Anybody who doubts this can try dictatorship. Those who have lived in a dictatorship will tell you how bad it is. Where the will of an individual is the Law, as a matter of fact you don’t even need the Parliament, in which case all of us will be jobless as it is just the will of an individual that is the Law. It is the will of the individual that is argued out in the courts.

The Speaker who said a performing budget is also needed to sustain democracy and achieve stability opined that  to win citizens’ confidence, government must deliver to the people’s yearnings and expectations, especially in terms of security and welfare.

“A performing budget is needed to sustain even the very idea of the democracy itself,  because it has to be a government that delivers to the people in terms of expectations, in terms of security and welfare. When you have few people mismanage the resources belonging to Government; the end result will be that the expectations of the people will be cut off: No quality service, welfare and that obviously will result in distress, and we have seen this distress manifest in so many African countries where the entire process of expenditure, transparency and accountability is a bit opaque”.

The Speaker took time to explain to the visiting MPs, the workings of Public Accounts Committee in the country.

“In Nigeria; Public Accounts is a Committee that is headed by a Member of the opposition, we do not give it to a member of the ruling party, obviously the reason is on account of transparency. It deals with the task of over-sighting expenditure, so we can’t have the same members in charge of over-sighting the way expenditures are made. If that were to be the case, you can’t run away from the incidence of conflict of interest. As it is one of the critical requirements and center pillar of our jurisprudence and justice must not only be done, but manifestly seen to be done. So when you have the people of the same political party investigating themselves, no matter how fair-minded they are, there is no way a reasonable person sitting outside there will say they have done justice in that manner. So that is the foundation upon which our Public Accounts Committee operates and in most cases they are in tandem with the Auditor-General of the Federation which we are set to empower and to insulate using the Constitution Amendment exercise which we are currently embarking on”.

Speaking further, Dogara highlighted some of the processes followed by the committee to achieve results in its mandate and assignment.

“It encompasses the operation of all agencies, including the National Assembly, and the reports are submitted to the Public Accounts Committee of the House. Once they receive the reports from the Auditor-General; they embark on thorough investigation of the figures, as I said before this is to ensure transparency. I know that it is so in fledgling democracies like ours and that will be the case in your democracy which is much younger than ours, we also need transparency, we need to ensure that we have entrusted resources and allocations with integrity. But where you see that resources are better managed and allocations are fairly done across board; you’ll see that there’ll be some elements of stability in those countries”.

“I once again want to welcome you and charge you that corruption itself is not something that can be totally exterminated. Experience has shown that in even better democracies of more advanced countries so to speak, it is difficult to totally eradicate corruption. But experience has also shown that we can tame it by taking deliberate actions like we are doing now on how to combat it. I believe that as you come across the operatives of the E.F.C.C in Nigeria and indeed the Auditor General and so many other experts who have been lined up to talk to you; you will learn a lot as to how we have attempted, I will say attempted as we are still in the process of dealing with the problem. But you’ll come across challenges and I hope that you will use our own experience to learn, you don’t have to wait to learn by your own experience. You can build on our own experience and examine the pitfalls so that you can build on the strengths and weaknesses of our own Laws, so that you can better build your own Laws that will better serve the interests of the people of Liberia and the wider ECOWAS community. So we are Members of the same community, you are always welcome to Nigeria, our doors as a Parliament are always open to provide assistance and to see that you are up to speed with some of these reforms that we are trying to advance even in Nigeria”.

Earlier, the leader of the delegation and Chairman of Liberian Parliament’s joint Committee on Public Accounts, Expenditure and Audit, Sen. Henry Yallah told the Speaker that they were in Nigeria on a study tour with the aim of building their capacity as a young democracy.