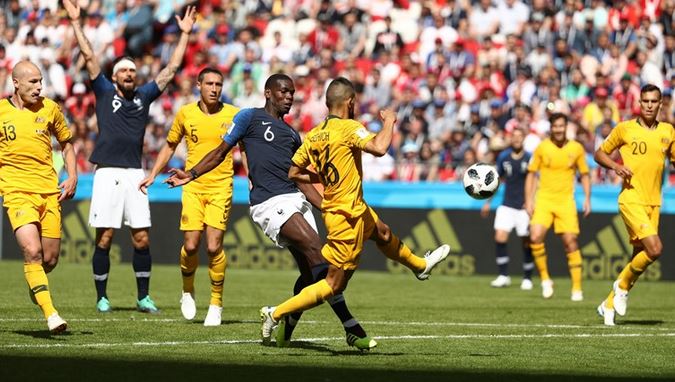 Technology played a major part in the game, especially in the decision of Pogba’s goal.

The midfielder, who was criticised after recent below-par performances, found the back of the net with a lob after a fine one-two with the second-half substitute, Olivier Giroud, nine minutes from time.

The effort was confirmed by goal-line technology.

Antoine Griezmann converted the first penalty to be awarded by the Video Assistant Referee (VAR) at a World Cup in the 58th minute after being brought down by Josh Rishdon.

Mile Jedinak leveled scores for his side, also with a penalty, after Samuel Umtiti handled.