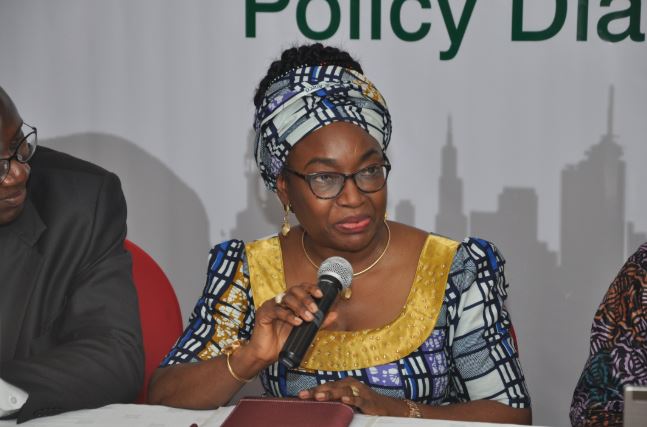 The Head of Civil Service of the Federation, Mrs. Winifred Oyo-Ita, on Friday in Abuja,  inaugurated a Technical Committee to develop the Federal Civil Service Welfare Policy.

Oyo-Ita said that the inauguration was part of the implementation of the 2017 to 2020 Federal Civil Service Strategy and Implementation Plan (FCSSIP).

She said that one of the major priority areas in the implementation plan was the improvement of welfare benefit packages for civil servants.

“The policy is expected to provide a framework that would ensure that all issues of welfare of federal government employees are fully developed and institutionalised.

“The policy will ensure that MDAs are committed to providing a caring and supportive work environment that is conducive for the welfare of all employees which enables them to develop to their full potentials,” she said.

She urged the members of the committee to work hard and ensure they completed their assignment in three months.

Mrs. Didi Walson-Jack, Permanent Secretary, Service Welfare Office, Office of the Head of the Civil Service of the Federation (OHCSF), said that the committee would ensure they deliver on their mandate.

Walson-Jack who is also the chairman of the committee assured that they would work assiduously to submit their report in September.

She added that the re-establishment of the service welfare office had in August 2017 made efforts to establish a framework that would guarantee the welfare of civil servants.

The chairman explained that the development of the policy was one of the framework that has been approved by the OHCSF to provide an institutional framework for the welfare of civil servants.

NAN reports that the on Dec. 8, 2017, the Federal Government inaugurated the FCSSIP which was approved by the Federal Executive Council in July.

The plan seeks to reposition the federal civil service for efficiency and enhanced service delivery to Nigerians in line with the current administration’s change agenda.

The FCSSIP said the plan would also deliver between N60 billion and N120 billion in savings from the cleanup of the human resource data on the Integrated Payroll and Personnel Information System (IPPIS).

Other deliverables, include annual savings of N2.5 billion from content digitisation and training of at least 25,000 civil servants through revamped core modules.