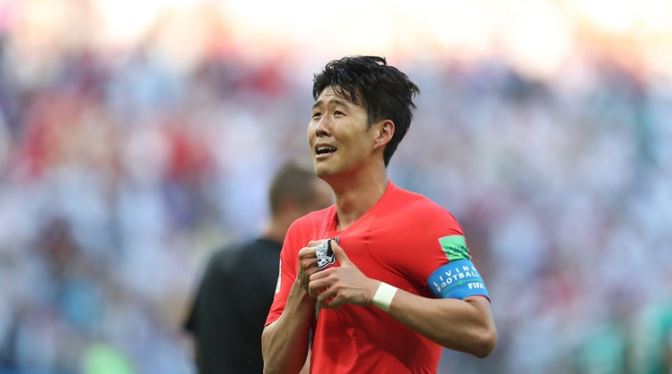 Despite South Korea win and eventual exit of defending Champions Germany in the Russia 2018 World Cup, the Korean players may face a likely ” punishment” of completing the military service exercise.

The players have received the overwhelming sympathy of the Korean public, with many feeling squad members face being “punished” for failing to reach the second round in the ongoing Mundial.

According to USA Today reports, Korean law dictates that young men between the ages of 18 and 35 must report for two years of national service, as per the Military Service Act of 1949.

“There have been many instances of successful athletes being exempted from the requirement – notably Olympic medalists, members of the South Korean World Baseball Classic roster and the 2002 FIFA World Cup team that reached the semifinals.

However, despite the team’s Wednesday victory that led to the elimination of defending champion Germany, it’s unlikely that the reward will be extended this time around, potentially affecting the sporting careers of several players.” USA Today said.

“It is totally unfair,” Korean fan Kim Chul-Seung, a recruiter from Seoul, told USA TODAY Sports in Moscow on Thursday. “They are punished by being forced to do this. It will hurt the performance of the team in the future.

Kim’s comments were echoed with a petition launched on the official presidential website of Korean leader Moon Jae-In, which read, in part, that “(the players) gave us so much hope and their talent should not be wasted in the military.”

The Korean government has not indicated any sign of a possible waiver to the players. The government is said to have hardened its stance towards exemptions in recent times, and several well-known athletes and Korean pop stars are currently serving in the forces.