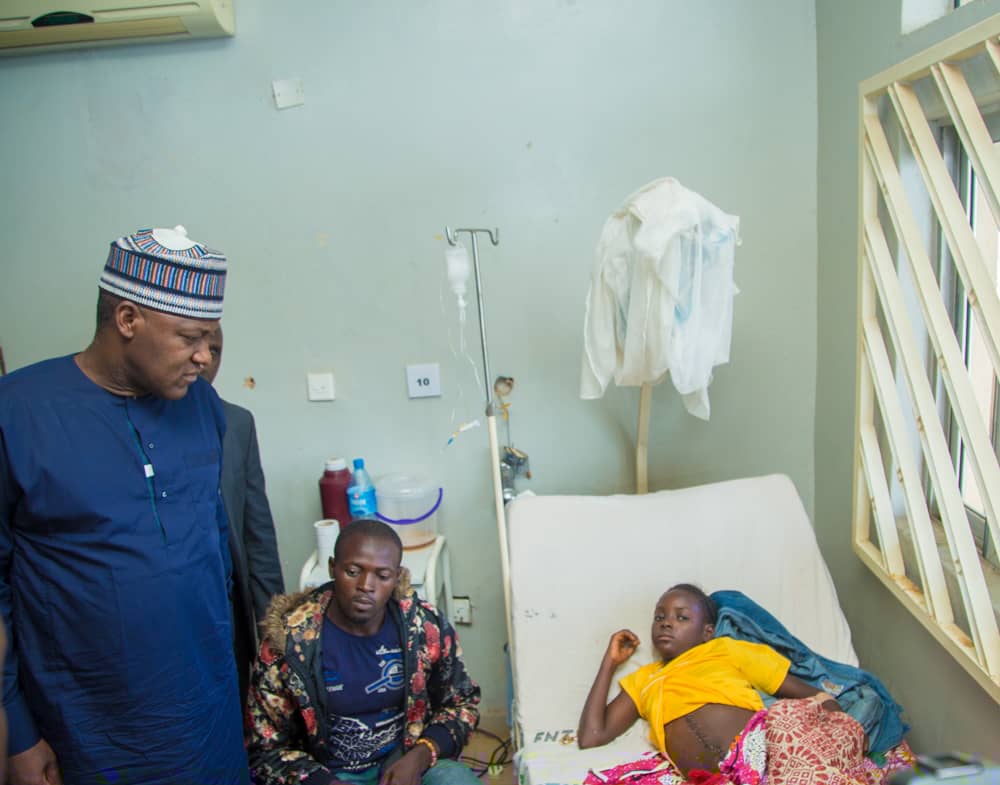 Turaki Hassan, Abuja: Speaker of the House of Representatives, Hon. Yakubu Dogara, has commiserated with the people of Plateau state following the recent wave of violence which engulfed communities in the state which claimed the lives of about 200 people.

Speaking during a condolence visit to the state, Speaker Dogara described the sad occurrence as a collective loss not just to the affected communities and families, but to the country as a whole.

“I know that in difficult moments like this when you’re dealing with tragedies that involve collective loss it’s always difficult to cope in the sense that in most cases bereavement has been individualized. People tend to deal with the bereavement on individual basis but this is something that involves collective loss, not only to the people of Plateau State, but across Nigeria as a whole. I know that the wounds will still be fresh and deep, because tragedies of this scale leave scars.”

“When events like these happen, the tendency is to ask what the government is doing about it? I had cause to have an interphase with the President, in company of the Senate President, and he has assured that the affected communities will be rebuilt. He has even directed NEMA to take census of what has happened and present the implication to him for approval. He also talked about looking at the security architecture to see what can be done in order to ensure that we do not have a repeat of this type of tragedy.”

He further warned of the grave danger which unchecked violence portends for Nigeria and restated the commitment of the House to working seamlessly with the Executive to combat insecurity, while using legislative tools such as appropriation to ensure adequate funding for security agencies.

“I’ve always repeated the point that we cannot afford to lose the fight against violence and still maintain our democracy and civilization, it’s impossible. Whatever it takes, we have to defeat violence. Because if we do not, we may think now it is affecting only Plateau and some selected states in Nigeria but unfortunately, mayhem like these can lead to chaos on a national scale. It may lead to a scale that may even play out outside the territory known as Nigeria, with international implications. It is therefore our collective responsibility to ensure this doesn’t occur again, and if we’re determined, we’ll be able to stamp it out.

As a leader in the National Assembly, I want to say from the bottom of my heart because of the teeming people who put us in office, that we are willing and ready to work with the security agencies and the Executive to provide whatever is necessarily needed to end this mayhem across Nigeria, wherever it is in the North or South, and to provide support and funding through appropriation to be able to deal with this challenge that is a serious threat to us all.”

The Speaker also called for wider consultations and coordinated efforts to restore peace.

“Working for peace is really not easy; it should involve the government, faith-based organizations, the Church and its builders, leaders from the Islamic faith, community-based organizations and leaders, and if we’re finding it difficult, nothing stops us from calling for assistance from the international community in order to deal with this problem.”

Speaking further, he noted that the people of Plateau state are widely acclaimed for being peaceful and urged those who lost loved ones to the violence to not resort to self-help by engaging in retaliatory attacks.

“One thing the people of Plateau have been known for is being peace-loving, as the motto is home of peace and tourism. We shouldn’t allow these deep and fresh wounds or scars that the crisis is leaving behind to turn us into what we are not. In most cases when events like these happen, because we’re all human, the tendency is for one to seek revenge or retaliate; we should however always look to the future.”

Governor Simon Lalong, in his remarks, thanked members of the National Assembly for their concern regarding the insecurity in the state. He lamented the resurgence of violence following more than three years of uninterrupted peace and pledged the commitment of his administration to restoring harmony.

The speaker in company of members of the House of Representatives paid condolence visit to the Gbong Gwom Jos, Da Jacob Gyang Buba and also visited victims of the violence who are receiving treatment at the Jos University Teaching Hospital.