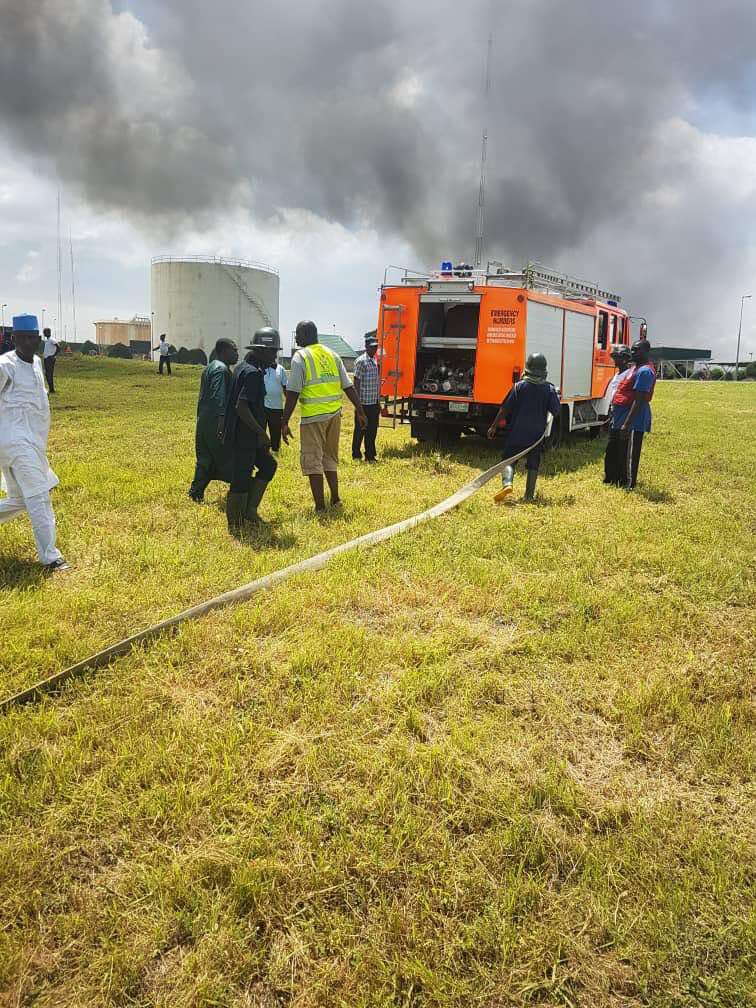 Mr Dibal Yakadi, Commissioner of Police in Niger, announced this while addressing newsmen at the depot in Minna.

He said that deployment became necessary in view of the lightening that occurred following a downpour on Saturday night leading to the explosion of NNPC’s pipeline in the area.

Yakadi explained that already the situation has been brought under control and advised people in the area to go about their legitimate businesses.

He said that there was no any casualty recorded and no arrest made in connection to the incident.

He, however, lauded the state government for providing necessary equipment to the state fire service to function optimally.

He told NAN that the fire service was still making effort to put out the fire from the pipeline in the area.