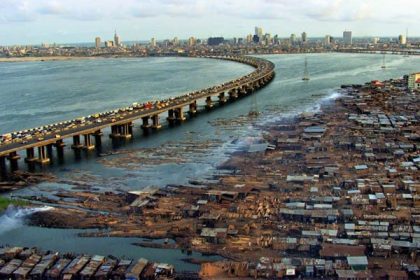 The Federal Government has called for support and understanding of Lagos State residents on the planned closure of the Third Mainland Bridge to allow for a dynamic test of the bridge.

Mr Sogbesan Adetokunbo, the Director, Highway Bridges Design and Construction, Federal Ministry of Power, Works and Housing made the call in an interview with the News Agency of Nigeria (NAN) on Wednesday in Abuja.

According to him, the Third Mainland Bridge in Lagos State is to be closed to traffic from July 26 to 29 to allow for dynamic test on expansion joints of the bridge.

The director urged residents of the state and particularly road users to exercise caution, obey traffic managers and should not be in hurry.

Adetokunbo said the decision to close the bridge for the test was in consideration to the high volume of traffic on the bridge and the vibration associated with the test.

He said that alternative routes would be opened and make passable before the closure to ease traffic management in the state.

According to him, stakeholders in traffic management sector will be deployed to ensure the free flow of traffic on the alternative routes within the three days period of the closure of the bridge.

“Considering the high volume of traffic on the Third Mainland bridge, we have decided that the bridge will be closed for dynamic test on the expansion joint to know the ones to be replaced.

“During the closure, stakeholders like the Nigerian Police, the Federal Road Safety Corps (FRSC) and the Lagos State Traffic Management Authority will be involved in traffic management,” he said.

He said the closure period was also planned in consideration to the fact that students constitute a significant portion of the volume of traffic on the bridge.

“From our traffic data on the third mainland bridge, we have noticed that parents take their children to school and we purposely put the closure from July 26 to 29.

“This is because the public schools in Lagos State are closing July 13 and the private schools had closed since July 6 with this, the volume of traffic on the bridge will be reduced,” he said.

The director explained that other tests to be undertaken on the bridge and the main repair work slated to commence in October may not need total closure of the bridge.

NAN recalls that the Federal Executive Council (FEC) had in April approved an emergency repair of the Third Mainland Bridge. (NAN)