FG to Send Plane to Repatriate Scammed Nigerians in Russia 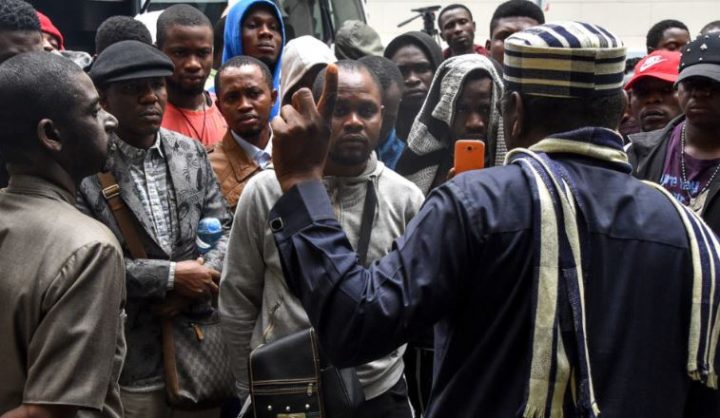 The Nigerian government will send a plane to repatriate the 200 defrauded Nigerian citizens currently stranded in Russia.

Steve Ugbah, Nigerian ambassador to Russia who made this known while addressing a news conference on Tuesday, said”my foreign minister and I spoke yesterday.

“The foreign minister spoke to President Muhammadu Buhari. He approved that these Nigerians [would] be evacuated back to Nigeria.

“So the federal government of Nigeria is sending a plane very soon to evacuate these Nigerians back home. That is the ultimate goal.”

Currently, there are hundreds of Nigerian citizens in Russia who paid money to fraudsters for fake Fan IDs — FIFA-issued identification cards for the World Cup — to get to the country and were promised jobs but now remain without employment, money or tickets home.

There are also no official reasons for their deportation since visa-free travel for Fan ID holders was prolonged by Russia until the end of the year.

The diplomat pointed out that 200 defrauded Nigerians remained in the accommodation provided by the embassy in Moscow.

“All I can tell you is that we have about 200 Nigerians that we have been able to relocate to shelters, I call them shelters — to hostels, to dormitories, so as to take them off the street so we can provide food for them.

“These are Nigerian citizens and the Embassy’s responsibility is to make sure that we protect them and we provide for their basic needs as we prepare to take them back home,” Ugbah said.

The ambassador added that there were three shelters housing defrauded Nigerians, all in Moscow.