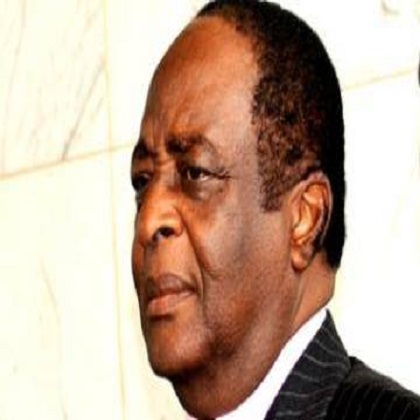 The Senior Special Assistant to the CJN on Media, Mr. Awassam Bassey, in a statement in Abuja, said the CJN, Justice Walter Onnoghen confirmed Alu’s death in Canada.

“The death of the former numero uno of the Nigerian judiciary was confirmed while Justice Onnoghen was in Canada.

“A few of our colleagues have called this morning (from about 3:30 a.m. Montreal Canadian time) to seek confirmation of the death of former Chief Justice Katsina-Alu.

“I can confirm that the Chief Registrar of the Supreme Court, Mrs. Hadizatu Mustapha, sent me a WhatsApp message to that effect about an hour ago confirming the death of the former CJN.

“I have just called the Chief Registrar to confirm that this is indeed the situation.

“The Personal Assistant of the former CJN called her at 3.00p.m. Nigerian time to inform her of the demise’’, Bassey had quoted Onnoghen to have said.

The CJN, Onnoghen and other justices of the Supreme Court and Chief Judges of some states are in Montreal Canada attending a conference.

There was some controversy over the ceremony since in all previous ceremonies the Oath of Office was administered by the President.

However, President Umaru Yar’Adua was unavailable to carry out that task on account of ill health, thereby providing room for Justice Kutigi to conduct the exercise.