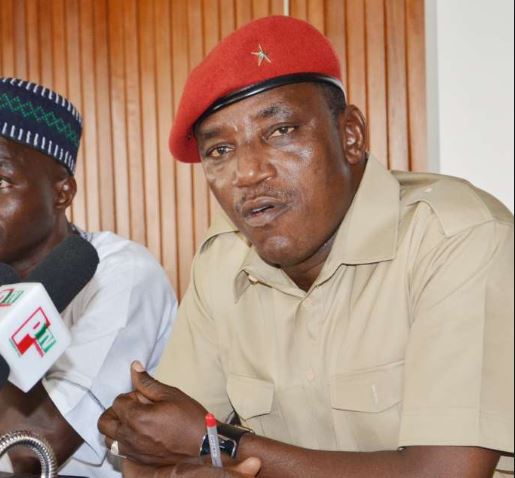 The Minister of Youths and Sports Development, Solomon Dalung, on Tuesday, said football stakeholders in the country must now find a lasting solution to the perennial Nigeria Football Federation (NFF) crisis.

Dalung, while addressing a Stakeholders Roundtable on the State of Governance of Nigeria Football in Abuja, it has now become highly necessary to find a lasting solution.

“There is an urgent need hold this meeting and I must first of all brief you on the current developments on the governance of the NFF.

“Here at this meeting, we have elders in the football family and representatives of the major groups in the sport. I am hopeful that at the end of the day we should be able to find a lasting solution to this recurring problem,’’ he said.

Dalung then gave a brief rundown on the crisis in the NFF, as well as the current happenings which have further compounded the crisis.

He, however, said when he assumed office as Minister in November 2015, there was no record on the ground to indicate that there was crisis in the NFF or the resolution efforts.

“My attention was only drawn to the crisis by Chris Giwa’s counsel, asking me to reopen the inconclusive negotiations and notifying me of Giwa’s desire to take over as NFF President.

“However, the Amaju Pinnick-led board failed to respect the agreement reached after the negotiations we had, and this prompted Giwa to go back to the courts, and without my knowledge,’’ the minister said.

Dalung also stated that  after the Supreme Court ruling of April 27 which restored Giwa as NFF president, he had also appealed to Giwa to stay action until after the 2018 World Cup.

“Giwa accepted to stay action with a condition that his members should be carried along to the World Cup.

“I wrote a letter to NFF, attaching the names of Giwa’s board members and asking them to do something about the request.

“But the Pinnick board turned down the offer saying that some names on the list were banned and cannot attend the World Cup.

“However, for those not banned, they also said they didn’t have the money to sponsor them to the World Cup,” he said.

Dalung said bringing the stakeholders together, therefore, was to discuss and save football in Nigeria.