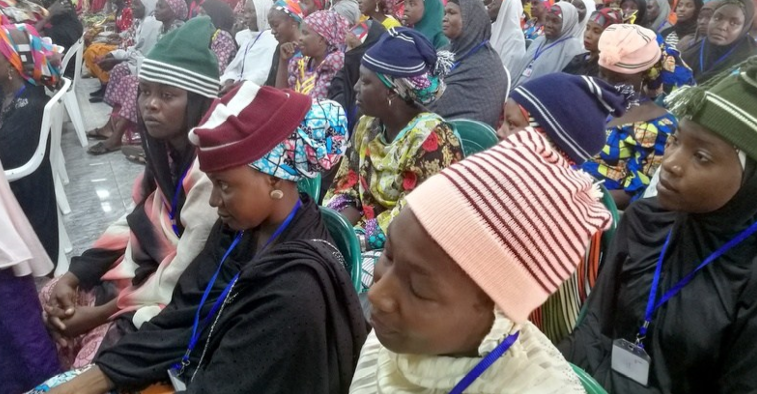 250 Widows of Fallen Heroes Get Support in Maiduguri

Alkasim Abdulkadir, Maiduguri: The Borno Women Development Initiative (BOWDI), a Borno State-based non-profit organisation, has trained and provided business tools to 250 women in Borno State, who are mostly widows of security personnel killed in action in the ongoing insurgency.

BOWDI which is funded by an international NGO, the North East Regional Initiative (NERI), took the responsibility for the selection and training of the fallen heroes’ widows, children and mothers. In the course of the conflict, hundreds of soldiers and other security agents have lost their lives, leaving behind a large number of widows.

According to the NERI programme manager in Maiduguri, Suleiman Dauda, the exercise was the third phase of such interventions funded by his organisation.

The first two batches had comprised 300 trainees who were widows of soldiers killed in action. The latest batch consisted of widows of personnel from other security agencies.

Some of the beneficiaries of the training commended the organizers of the two-week programme for its rigour and the quality of the business tools given to each of them. They said the intervention promised a better future for them and their semi-orphaned children.

Fatima Askira, the executive director of BOWDI, said her organisation was formed to fill gaps in the care that the Borno women, who are the largest group of victims of the insurgency, have been getting.

“We are particularly happy to have a programme of support for the widows of fallen heroes who in most cases may have to leave the barracks after their husbands’ deaths, and they usually face difficulties trying to fend for themselves,” She said.

“That is why we decided to bring them to the table as an important segment of the society that are forgotten by most NGOs.”

The highlight of the event was the presentation of certificates and starter parks to the trained widows who went home with refrigerators and generators, sewing machines, knitting machines and milling engines to start their small scale businesses.

Each beneficiary also received a pack of food items that will cater for the feeding of a modest family for at least ten days. The distribution of the food packages was meant to help the beneficiaries avoid the temptation to sell the business tools for money to buy food.

Representatives of the heads of security forces at the event, who were led by the General Officer Commanding 7-Division, Bulama Biu, a brigadier-general, urged the beneficiaries to make the most of the training and items given to them to start their businesses.