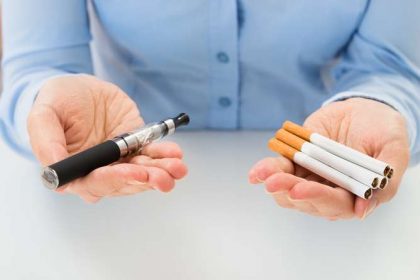 The International Association for Dental Research (IADR) said UC San Francisco researchers Benjamin Chaffee and Neal Benowitz, the co-author of a paper on nicotine and carcinogen exposure from consumption of tobacco product, examined the risks of people who are exposed to known carcinogen resulting from the use of different tobacco products, alone or in combination.

They assessed a national sample of 32,320 U.S. adults collected between 2013 and 2014, who provided urine specimens for analysis of tobacco-specific nitrosamines (TSNAs), N’-nitrosonornicotine, a known oral and esophageal carcinogen, and 4-(methynitrosamino)-1-(3)-pyridyle-1-butanol, a metabolite of lung carcinogen, as well as total nicotine equivalents.

Among the participants, 48 percent are female and 61 percent non-Hispanic white aged from 18 years old to 90 years old, with a median age of 35 years.

More than 6,000 of them were characterized according to use of combustible products such as cigarettes, cigars, waterpipe, pipes, marijuana-containing cigar, smokeless products including moist snuff, chewing tobacco, snus, and e-cigarette, as well as nicotine replacement products.

The researchers found that all tobacco use categories showed elevated nicotine and TSNA concentrations compared to non-users.

Smokeless tobacco users have the highest level of TSNA exposure, whether they use one tobacco product or together with other product types.

The study discovered that the vast majority of non-cigarette tobacco users are exposed to carcinogen levels that are likely to put them at substantial risk, just as much as exclusive cigarette smokers would suffer. (Xinhua/NAN)