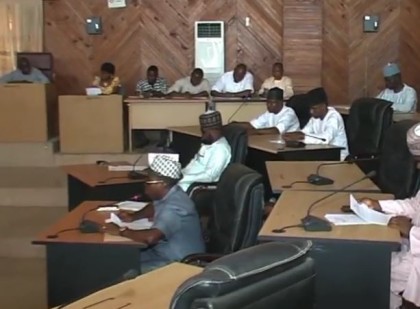 The assembly also re-elected Alhaji Kabiru Rurum, the immediate-past speaker of the house who was also impeached over allegations of corruption.

The speaker was also impeached alongside two other Principal Officers of the assembly.

The assembly closed two months ago after threats to impeach the speaker but the issue was rested following the intervention of the state government.

The house witnessed a shake-up where the Deputy Speaker resigned and was replaced with other Principal Officers, yet the impeachment threat was reopened upon its resumption.

NAN reports that the new Speaker is already presiding over the assembly’s sitting which resumed on Monday, July 30, 2018, after a two-month break. (NAN)