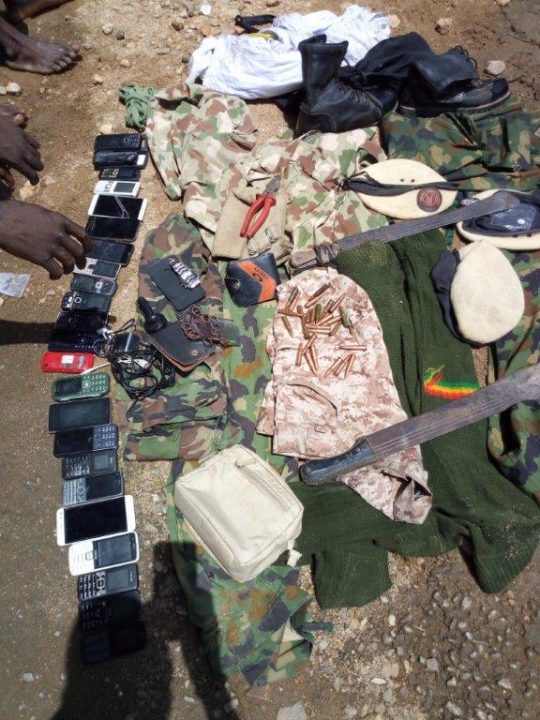 Nigerian soldiers have arrested five robbery suspects at Felele, along Lokoja – Okene highway. According to a statement by Brig.-Gen Texas Chukwu, the army spokesman, the suspects were caught wearing military camouflage and robbing innocent commuters.

Chukwu said three of them – Saviour Denis, 39 years, Isaac Donald, 35 years and Joseph Isah, 35 years were arrested while one Atsen was killed during an exchange of fire with the troops.

He said two female accomplices, Janet Isah and Oyinoye Ochefije were also arrested during the encounter.

Chukwu said the suspects were being interrogated and would be handed over to the appropriate authority for further necessary action. 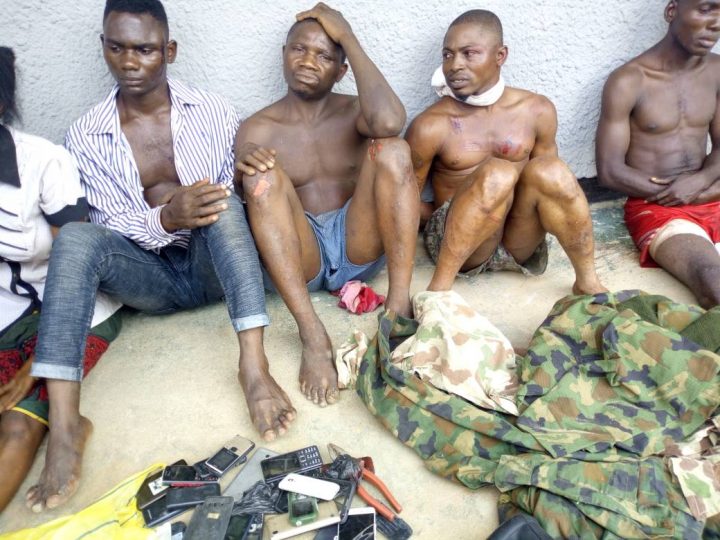 He listed items recovered from them as one AK 47 rifle, one AK 47 rifle magazine loaded with 28 rounds of ammunition and four pairs of military camouflage uniform.

Others recovered items were one pair of Nigeria Police pullover, three pairs of berets, one pair of black boot, two machetes, one Plier and 22 handsets.

Chukwu also said N16, 980 was recovered from the suspects.