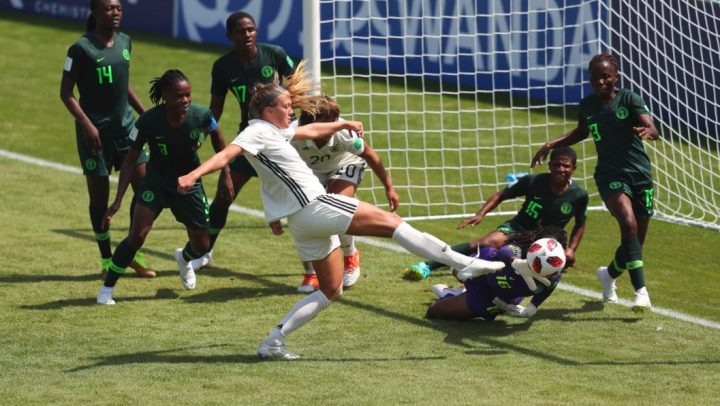 Nigeria’s U-20 female football team, Falconets fell 0-1 to three times champions, Germany on Monday in their first game of the FIFA U-20 women’s World Cup in France.

The goal came off the boots of German’s striker, Laura Friegang following a goal mouth scramble in the 69th minute of the match.

The first half had ended goalless and all efforts by the  Christopher Danjuma-led team to equalise proved abortive as they could not convert their several scoring chances.

The team would fancy their chance against debuting Haiti on Aug.  9, where a win could be very important ahead of their last game against China on Aug. 13.

Nigeria were the second best team in the 2010 and 2014 editions. Other African teams in the ongoing World Cup, Ghana had lost 4-1 to France on Sunday in the opening match of the competition.