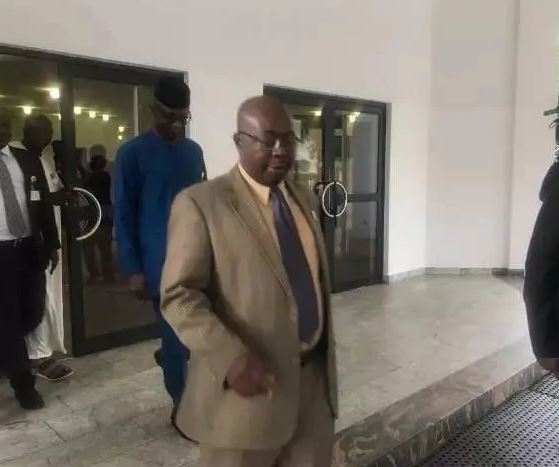 Seiyefa, who hails from Bayelsa State, was before his new appointment the most senior director in the DSS.

Mr. Laolu Akande, Senior Special Assistant to the Vice President on Media and Publicity, Office of the Acting President, confirmed the appointment to State House correspondents.

Seiyefa was also the Director, Institute of Security Studies, Abuja.

With about 34 years of experience, Seiyefa had served in different capacities, including State Director in Osun, Akwa Ibom, and Lagos states.

Seiyefa is also a member of the National Institute.

Osinbajo had earlier directed Daura to hand over to the most senior director in the agency.

Seiyefa was shortly after Daura’s sack, spotted in the Presidential Villa, where he had a meeting with Osinbajo.

Although an earlier statement issued by Akande announcing Daura’s sack did not give reasons for the action, it is believed that it is connected to the blockade of the National Assembly by DSS operatives on Tuesday.

The Acting President, in the statement, condemned the action of the DSS as “a gross violation of the constitutional order, rule of law and all accepted notions of law and order’’.

He said that the unlawful act perpetrated without the knowledge of the Presidency was condemnable, completely unacceptable and unauthorised.