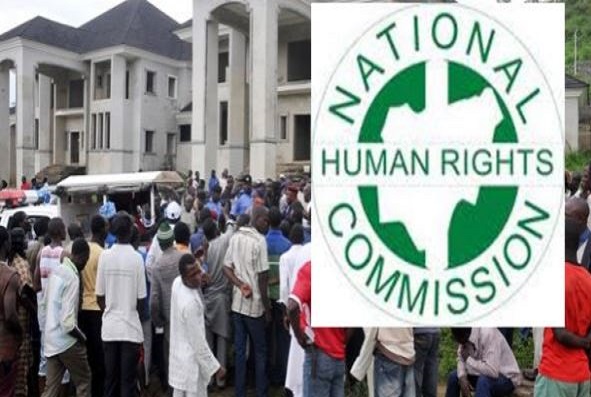 The National Human Right Commission (NHRC), on Saturday, said it recorded about one million cases of human rights violations in the country between 2017 and 2018.

Mr. Anthony Ojukwu, the NHRC Executive Secretary, disclosed this in an interview with newsmen at a Judicial Actors Coalition meeting in Maiduguri.

Ojukwu attributed the numerous cases recorded to the spate of conflicts, which include the Boko Haram and herders/farmers conflicts in some parts of the country.

He said that the commission had recorded more than 100,000 cases of human rights violations and abuses in Borno, where Boko Haram had wreaked so much havoc.

He listed some of the cases to include sexual abuse, child molestation, gender-based violence, torture, extrajudicial killings and other numerous ranges of violence.

According to him, there are quite a number of cases, especially here in Borno state.

“There are more than 56,000 unclaimed children in the IDPs camps, who are deprived of their rights to health, education and so on.

“There are more than 25,000 women widowed by Boko Haram, many of these women had suffered degrading and inhuman treatment and other forms of violence.

“It is the firm belief of the commission that working with the Search for Common Ground in the past 5-6 years; so many conflicts have been prevented in the communities through timely monitoring, investigations and peaceful resolution,’’ he said.

However, due to the fact that these conflicts were prevented and not allowed to snowball into full-scale hostilities, most people, including key government personnel sometimes lose sight of the contributions to peaceful development through the effort of the commission and other partners.

The billions of Naira spent by government to contain some conflicts could have been worst without the effort of organisations like NHRC and Search for Common Grounds.

“It is in the light of this and other factors that poor cooperation from some security agencies to the work of the commission and the partners is deplored.

“All of us, be it government agencies or our partners, should be seen by security agencies have a joint responsibility with the commission for protection of human rights,’’ he said.

Ojukwu said that in spite the challenges faced by the commission, it had not relented on its efforts of protecting the human right in the country.

“The commission is poorly funded when compared to the funding of the NHRIs in smaller countries like South Africa, Ghana, Kenya and Uganda.

“We urge other development partners to seize the opportunities and challenges of the moment offered by human rights challenge in the North East, North Central, South-South and South Eastern parts of the country, to assist the commission.

“Such assistance can be in the nature of the capacity building, infrastructure, computers, vehicle for monitoring and vehicles for investigation of violations, furniture, building for state offices,” he said.

Other demands included building shelters for women and children domestically assaulted and violated and funding projects of concern like monitoring and facilitating the mainstreaming of human rights into the resolution of herders and farmers conflicts.

Ojukwu also stressed the need for monitoring and protecting the right of refugees from Cameroun and other displaced persons in South-South, North Central and North East Nigeria and digitisation of the operation of the commission.