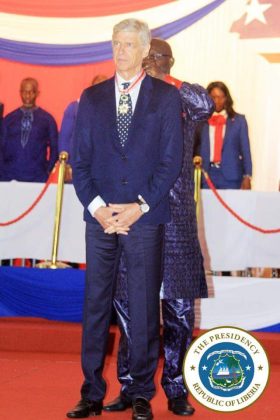 President Kuffour was conferred upon the Honor: Collar of State, Most Venerable Order of the Pioneers.