Anaconda, 3 Metre long on the Loose at German Lake 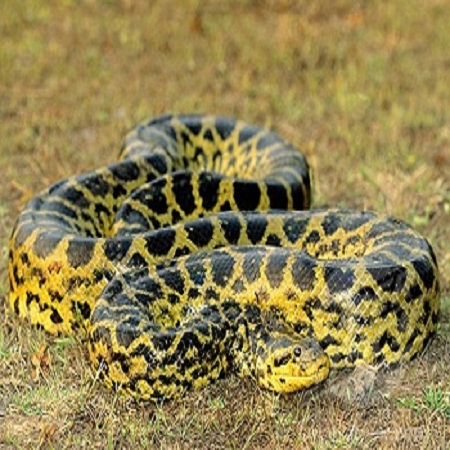 German authorities are trying to capture a 3-meter-long yellow anaconda on the loose in a lake near Dusseldorf, an official said Wednesday.

The anaconda, which was either freed or escaped its enclosure, was first sighted at a lake in Meerbusch six days ago and was sighted again on Tuesday by a man taking his boat out, the city’s spokesman said.

The fire brigade and a reptile expert from Dusseldorf were deployed to the lake late Tuesday but were unable to locate the snake.

Yellow anacondas are native to southern South America and are one of the largest snake species in the world.

It is non-venomous and kills its prey by constriction.