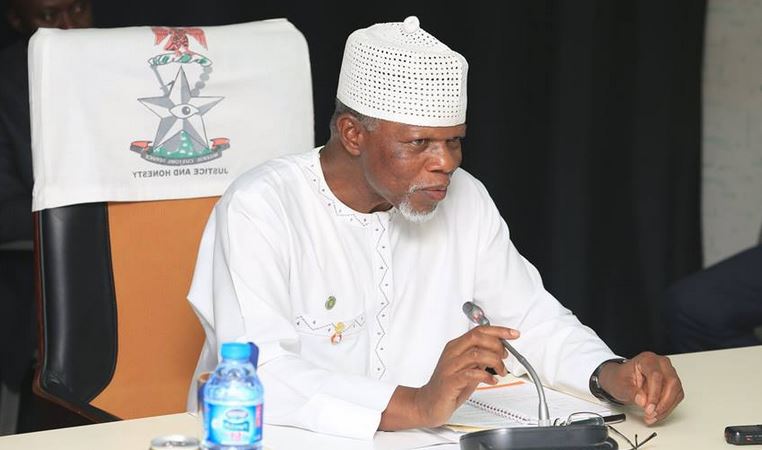 The Comptroller-General of Customs (CGC), retired Col. Hameed Ali, has inaugurated a six-member investigative Committee to find out all those connected to the illegal importations of military wears.

Ali announced this in a statement signed by the Service Public Relations Officer, Mr. Joseph Attah, on Wednesday in Abuja.

He said the Committee was inaugurated under the Chairmanship of the Assistant Comptroller-General (ACG) Sanusi Umar, who is also Zonal Coordinator Zone ‘C’ Headquarters.

According to the statement, the committee is constituted following seizures of military wears by Operatives of Nigeria Customs Service(NCS) in recent times.

`The first interception was found to contain 11 bales, each containing 400 pairs of new set of military camouflage uniform totaling 4400 sets.

He said the imports were “Contrary to schedule 4(13) of the ECOWAS Common External Tariff which falls under Absolute Prohibition and Section 46(b) of Customs and Excise Management Act (CEMA)”.

The spokesman said the CGC while inaugurating the committees said that preliminary investigations led to the arrest of five persons including the importer of both consignments.

He said Ali also told the committee that painstaking investigation will be conducted to unravel all those “remotely connected to the criminal importation with a view to punishing offenders and preventing re-occurrence”.

He said the committee’s terms of reference were also “to investigate through the concerned parties, all alleged breaches of the Customs Import Clearance Procedure as set out in our extant law/statute books”.

He said the committee was also mandated to investigate the importation of both containers MRSU 3040288 and MRKU 4909151.

Attah said the committee was to identify all parties involved in the unwholesome importations and establish their degree of culpabilities.

The committee also has the mandate to profile all importation previously made by the sole importer or his cronies.

He said that the committee would make a recommendation to the NCS management on the way forward with the case based on the investigations made.

He also said that the committee was also mandated to liaise with other security agencies if such need arose during the course of the investigation.

Responding on behalf of the Committee, Umar, thanked the CGC and Management staff for the confidence reposed in them and assured him of a very thorough investigation.

Umar said the committee would stop at nothing to bring back a quality report.