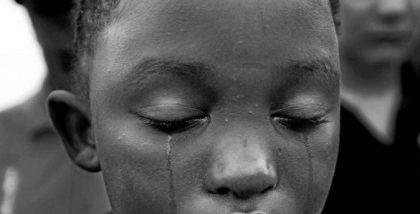 The President of a Mapo Customary Court in Ibadan, Chief Ademola Odunade,  on Tuesday dissolved the six-year-old marriage between one Femi James and his wife, Adewumi, over child abuse and adultery.

Odunade said that there was no reason for sustaining a marriage that was already destroyed by bad parental upbringing.

“In the interest of peace, the union between Femi and Adewumi has ceased to be.

“Custody of the four-year-old child produced by the union is granted to Adewumi’s aunt for proper parental care and upbringing.

“Femi shall pay a monthly allowance of N4,000 for the child’s upkeep in addition to being responsible for his education and other welfare needs,” the arbitrator said.

He explained that the court took the decision to hand over the child to Adewumi’s aunt in order to prevent the child from having a defective beginning in life.

Narrating his ordeal, Femi,  who is a barber at Academy Area of Ibadan,  told the court that his wife usually fed their child with alcohol aside from her adulterous lifestyle.

“My lord, after Adewumi had abandoned my home on account of her adultery, she took along with her my four-year-old child.

“When I could no longer bear the agony of living without my child coupled with the horrible experiences of what I thought he might be undergoing in Adewumi’s custody, I decided to go and pick him up.

“As I had imagined, on getting to Adewumi’s concubine’s apartment, I saw the child consuming Ogogoro, a locally brewed alcoholic beverage.

“I was mad at the scene and I took him away.

“The four-year-old boy later informed me that his mother usually gave him alcoholic drinks such as  Ogogoro and other alcoholic beverages.

“ He even suffered a serious head injury probably due to intoxication.

“Besides, her parents are not in support of her marriage to me.

“Obviously, we are not compatible and there is no more love between us, please separate us, Femi said.

In her response, Adewumi consented to the dissolution of the marriage but denied ever feeding her son with alcohol.

The respondent,  who resides at Isale-Ijebu Area of Ibadan, however, maintained that her husband was a drunkard and irresponsible.

“While I was still living with Femi, he usually returned late already drunk and I wouldn’t want him to be given custody of the child in order not to ruin his life.

“As a result, he beats the hell out of me at any slightest opportunity.

“The child and I have sustained our lives on my little earnings from my business.

“In fact, Femi does not want me to progress in life.

“Sometimes ago, he played into the hands of fraudsters when he wanted to travel out of the country by all means.

“He must have taught the child the act of drinking when he took the child away from me,” Adewumi said.

Reports say that there was pandemonium outside the court after the judgment when families of the duo almost engaged in a free-for-all over the granting of custody to Adewumi’s aunt.

The arbitrator intervened to restore normalcy in the court ’s premises.