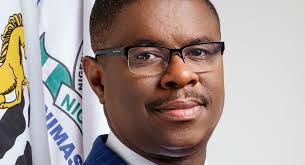 The chairman of the Association of African Maritime Administrations AAMA, Dr Dakuku Peterside has restated the place of continental collaboration to grow the African maritime industry. This was the thrust of his message as he arrived Sharm El Sheik, Egypt for the 4th conference of Association of African Maritime Administration, (AAMA) where participants from 38 countries from Africa will be joined by maritime stakeholders from Singapore, Jamaica, Malaysia and the United Kingdom amongst others to deliberate on how to grow the maritime industry on the continent.

Dr Dakuku noted that the role of African Maritime Administration in building human and infrastructural capacities, Combating the Menace of Piracy and Maritime Crimes in Africa, Regional Initiatives for sustainable exploitation of maritime resources, will be part of the issues that will be deliberated during the five day event which has the theme “Protecting The African Marine Environment To Support Sustainable Development”.

According to the AAMA Chairman “ Africa is the market yet to be unveiled, the maritime sector of Africa deserves its rightful place because if you look at the cargo generated from the continent and the cargo that heads to Africa you will know that the African maritime sector has come off age and there is the need for us to come as a bloc to negotiate issues of development of our sector when it comes to international maritime politics”

Following the commencement of the AAMA conference, The International Maritime Organization, IMO  and the African Union have  affirmed their readiness to support AAMA in their quest to combat security challenges, and build human capacity to implement, monitor and enforce international instruments.

The chief executive of Maritime and Port Authority of Singapore, Andrew Tan who is already in Egypt, commended the Dr Dakuku  led executive members of AAMA for engaging other maritime administrations across the globe in their quest to develop maritime Africa.

“ We are delighted to share knowledge with African maritime leaders- he said, we are ready to partner AAMA in its quest to grow the African maritime sector which will know will rub off on the industry in totality” he said.

AAMA members at the 3rd AAMA conference with the theme – Sustainable Use of Africa’s Oceans and Seas, agreed to develop and adopt Near-Coastal Trading, Certification and Competency Code for mutual recognition of certificates that will reduce/eliminate contentions by Port State Control Inspectors. Members were also encouraged to re-enforce regional cooperation and coordination, enhance information sharing and regulatory governance among members to combat the menace of piracy and other maritime crimes while maintaining a balance between security and the facilitation of global trade.

It is noteworthy that the African Union (A.U.) special summit of heads of government on maritime security, safety and development in Lome, Togo, 15th October, 2016 aligned with the IMO to reinforce the role of maritime in the development of the African continent. They adopted a Charter on Maritime Security, Safety and Development aimed at making Africa’s maritime space the key driver of the continent’s socio-economic development. This document was endorsed by 43 out of 54 African nations.

The Association of African Maritime Administrators (AAMA), inspired by African Union maritime transport charter provides stakeholders in maritime sector, a platform to give effect to the various charters adopted by African heads of government whether AIM 2050, Agenda 2063  or the Lome charter.