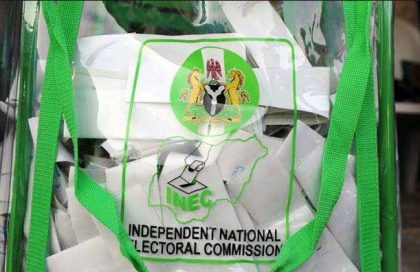 Ahead of Saturday’s governorship election in Osun, the Inter-Party Advisory Council (IPAC) has called for credible, free and free election.

Mrs Aye Dakpokpo, IPC National Secretary made the call during a news conference on Thursday in Osogbo.

Dakpokpo urged the political gladiators not to see the election as a do-or-die affair, adding that they should put the interest of the masses above their personal interest.

She said IPAC was in Osun to sensitise the people on the need to shun violence before, during and after the election.

“We are here in Osun to educate the populace on the need for a free and fair election and you will agree with me that this is one of the strong pillars of democracy.

“We are focusing on no violence during the election and the need to minimise election malpractices.

“And the need for political parties not to encourage violence during the election and that the reason for election is for people to elect a leader that will serve them and not rule them,” Dakpokpo said.

She also urged the political parties and their candidates to accept the outcome of the election “as long as it is accepted to be credible”.

The News Agency of Nigeria (NAN) reports that IPC members including representatives of all the 48 political parties that will participate in the election, they later staged sensitisation rally in the state. (NAN)