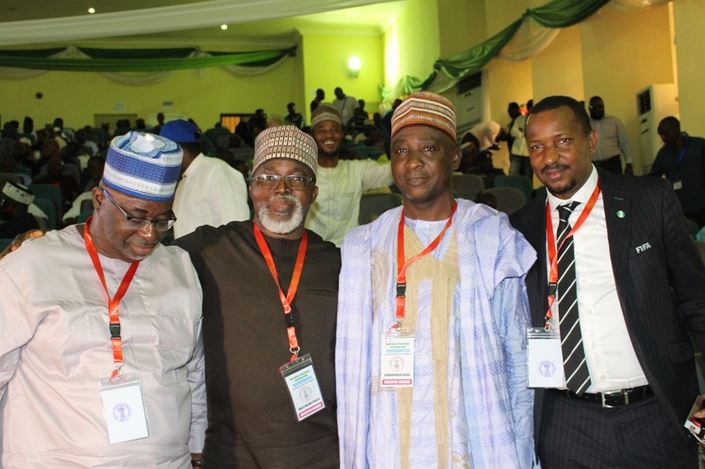 A sports Analyst, Tayo Balogun, has advised Amaju Pinnick, President of the Nigeria Football Federation (NFF) to run the outfit as a modern day football organisation.

This is with a view to further develop the sport in the country. Balogun gave the advice in an interview with the News Agency of Nigeria (NAN) in Ibadan on Tuesday.

He also told Pinnick, who was re-elected president of the Federation on Thursday to make due process the order of the day.

“This is his second term in office; the period should be used effectively. He should correct many wrongs going on in the running of the NFF.

“Pinnick should ensure that the Federation is independent of government in terms of funding.”

Balogun, advised Pinnick to work toward qualifying Nigeria for the 2022 FIFA World Cup in Qatar and ensure that the Super Eagles make appreciable impact in the global football fiesta.

He also called on the NFF to make the country’s age group teams the best in Africa and the world.

“Pinnick should take steps to make our age-group teams the best, not only in Africa but also in the world.

“It is also very important that Pinnick leads a transparent administration that seeks to carry every stakeholder along.“

Balogun also called on Pinnick-led administration to do all that could be done to get the National Assembly to pass the NFF Act.