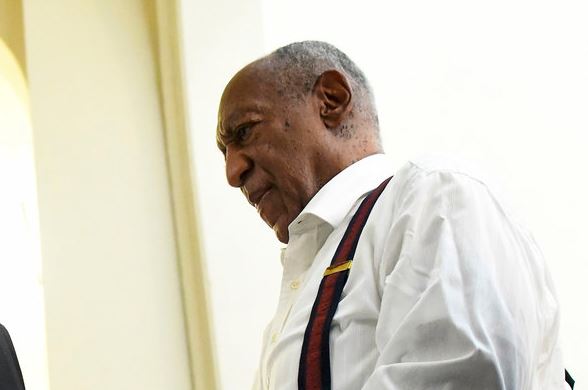 US television Comedy icon Bill Cosby was on Tuesday sentenced to three to 10 years in prison by a judge in Norristown, Pennsylvania for sexually assaulting a woman 14 years ago.

81-year-old Cosby was sentenced by Judge Steven O’Neill for drugging and sexually assaulting Andrea Constand, a former employee of Temple University, at his Philadelphia home in 2004.

Cosby, who was described as “Sexually Violent Predator” by the Judge, was also fined 25,000 dollars plus the costs of prosecution.

He was thereafter moved to State Correctional Institution at Phoenix, state prison, for diagnostic and intake.

Constand had alleged that Cosby gave her pills and sexually assaulted her as she drifted in and out of consciousness.

“He robbed me of my health and vitality, my open nature, and my trust in myself and others,” she had written in a five-page victim impact statement.

Cosby was best known as ‘America’s favourite TV dad’ before many women accused him of sex abuse.

He built a long career with a family-friendly style of comedy that peaked when he played the father character, obstetrician Cliff Huxtable,in the 1980s television hit “The Cosby Show.”

His reputation began to crumble amid series of lawsuits and allegations charging him with drugging and sexually assaulting women in incidents dating back half a century.

Dozens of women have made similar accusations against Cosby stretching back to the 1960s, although only Constand has accused him of a crime that allegedly took place recently enough to allow for prosecution.

Soon after his first trial, series of women leveled sexual assault and harassment accusations against men in media, entertainment and politics.

This gave rise to the #MeToo and #TimesUp movements that encouraged women go public with personal stories of abuse, in some cases after years of silence.

Bill Cosby’s publicist, Andrew Wyatt, defended him after the sentence outside the courthouse in Norristown, Pennsylvania.

Wyatt also characterized the trial as “the most racist and sexist trial in the history of the United States” and said the media had not allowed Cosby to be portrayed as “one of the greatest civil rights leaders in the United States for over the past 50 years.”

NEWER POSTAremu Backs Organised Labour Struggle For Living Wage
OLDER POSTTo Set The Records Straight in Response to Wrongful Accusations of HE Umaru Tanko Almakura of Grand Plot to Impose Engr. A. A. Sule As Preferred Gubernatorial Candidate on The People of Nasarawa State