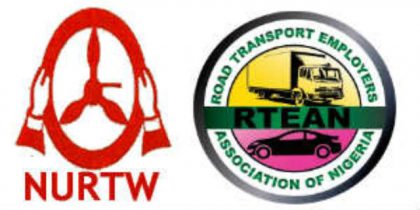 Two transport unions in Lagos State have commended the Federal Government on its achievements as the country celebrates its 58th independence anniversary.

Alhaji Muhammed Musa, the Chairman, Road Transport Employers Association of Nigeria (RTEAN), gave the commendation in an interview with the News Agency of Nigeria (NAN) on Monday.

Musa said that the incumbent government had done much in road and rail constructions, adding that very soon Nigerian would start enjoying the benefit of various development programmes put in place by the government.

“The popular Jebba-Mokwa road has been fixed and the Lagos-Ibadan expressway is undergoing the final stage of completion.

“The ongoing construction of Lagos-Ibadan standard gauge rail will soon be completed, we appreciate the government’s effort in putting all these development in place and we are still expecting more from it,” he said.

The RTEAN chairman appealed to the Federal Government to come to the rescue of residents of Badagry and its environs by fixing the popular Lagos-Badagry road.

According to him, the road has become a death trap to road users and it has cut so many communities away from the city.

“We appeal to the government to look into our plight in this axis of the road, in fact, the road is in a horrible condition. We are begging the Federal Government to come to our aid by rehabilitating the road for the benefit of the people.

“Orile-Mile 2, Okomaiko, LASU, Ojo Iyana Iba to Badagry corridor is a no go area for some Lagos residents for a long time, it’s like passing through hell while travelling along the corridor, we appeal to government to come to our aid quickly,” he said.

Agbede thanked the government for its efforts in making the country attain international recognition in economic and social development.

“It is my pleasure to thank the government for all its efforts to make the country better for citizens.

“I also thank the citizens for all their support to the government in making it successful to celebrate this year’s anniversary in peace and unity,” he said.

NAN reports that President Muhammadu Buhari, had said during his national broadcast for the 58th independence anniversary that the country would continue to support initiatives aimed at addressing the challenges of the time.

“In this context, we are working hard to achieve both the AU 2063 Agenda for socio-economic transformation of our continent; and the UN 2030 Agenda for sustainable development, which together aim at addressing these challenges,” the president said.

According to the president, as we celebrate the 58th Anniversary of our independence, we know we are on the right path.

Buhari said that though we have our differences, they account for far less than the values, virtues and common aspirations that unite us as a nation.

“I want to assure you that as President, I will continue to work tirelessly to promote, protect and preserve what really matters: a united, peaceful, prosperous and secure Nigeria, where all, irrespective of background, can aspire to succeed,” the president said. (NAN)