FG Reiterates Commitment To End Tobacco Use In Nigeria 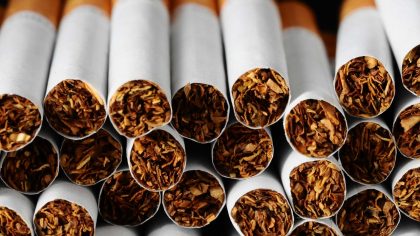 The Federal Government has renewed its commitment to reduce the use of Tobacco in the country.
Dr Osagie Ehanire, the Minister of State for Health, said this on Wednesday in Abuja at a public awareness forum on the dangers of tobacco consumption.

Mrs Boade Akinola, the Director, Public Relations in the ministry, quoted the minister as saying that efforts had been made towards the implementation of the National Tobacco Control Act (NTCA) of 2015.
NTCA is a domesticated WHO Framework Convention on Tobacco Control (FCTC).
Ehanire said the federal government had begun mass awareness campaigns on the provisions of the NTCA 2015 to create the enabling environment for enforcement in collaboration with Civil Society Organisations.
He said the government had reviewed the standard for cigarettes to include the complete ban on cigarettes with characterising flavour, including menthol.

The minister also announced that the government had ratified the protocol to eliminate illicit trade in tobacco products, adding that the instrument of accession would be finalised and deposited at the UN headquarters.
Ehanire pointed out that tobacco farming leads to deforestation due to land clearing and curing of tobacco leaves, it also increases land and water contamination due to extensive pesticide use, among others. (NAN)