Nigeria Geared Up to Eradicate Discrimination Against Women – Diplomat 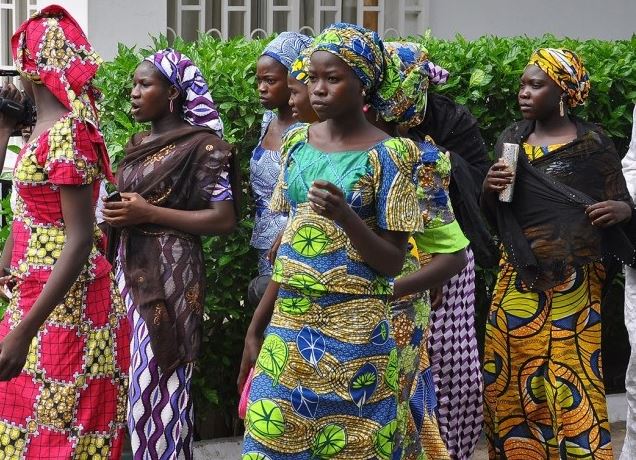 Nigeria has assured the international community of its unalloyed commitment to the advancement of women’s rights and the eradication of violence and all forms of discriminations against women.

The Permanent Representative of Nigeria to ECOWAS, Amb. Babatunde Nurudeen, stated this while making Nigeria’s presentation on ‘Advancement of Women’ to the UN General Assembly in New York.

Nurudeen said: “The advancement of women remains a critical issue for continuous engagement and calls for action-related measures for the achievement of national and international policies capable of promoting and enhancing their fundamental rights.

“Nigeria under the leadership of President Muhammadu Buhari is unequivocally committed to the advancement of women rights, gender equality, empowerment of women through eradication of poverty, prohibition of trafficking in women and girls, elimination of violence and discrimination against women”‘.

He also said Nigeria had developed a National Gender Policy aimed at eliminating gender discrimination, and promoting political, economic and social opportunities in the public and private sector for women.

The Nigerian envoy said in furtherance of the objectives of the UN Security Council Resolution 1235, Nigeria has launched its Second National Action Plan of the Council’s resolution.

He said: “To reinforce government’s commitment to the eradication of all forms of violence against women, Nigeria has adopted a programme on Stop-Violence Against Women in Election (VAWIE).

“The adoption is with the objective of mitigating violence against women and demonstrating the link between gender-based electoral violence vis-à-vis the reduced participation of women in the political landscape.

“To facilitate its full implementation, a special contingent of VAWIE monitors are deployed to man designated situation room at various election centres for the purposes of collating and reporting cases of electoral violence against women during any election in the country”.

In the area of women empowerment, Nurudeen said the Nigerian Government had introduced an empowerment programme to disburse $1.66 million micro-credit lending to businesses at the bottom of the financial pyramid.

This has created an array of women entrepreneurs in the country, especially given the soft conditions of zero collateral, zero interest and only five per cent administrative fee attached to the loans, he said.

In combating gender-based violence in humanitarian emergencies, he said the government recently unveiled a ‘Road Map on Call to Action on Protection from Gender Based Violence in Emergencies’.

The Road Map, he said, provided a model and standard operating procedures aimed at ensuring that women and girls are protected from violation in conflict situation.

He said the Plan had been further externalised with its subsequent launch, during the Oslo II/Berlin Conference on the Lake Chad, held in Berlin in September.

The Nigerian envoy said the launch had given further impetus for the international recognition of the Roadmap as a model for preventing gender based violence during humanitarian and emergency situation.

According to him, Nigeria acknowledges the pivotal role of its women in achieving accelerated national economic growth and development.

He added that the country attached importance to realising demographic dividend and gender equality in all spheres of our national development plans.

Nurudeen announced that Nigeria had been selected as one of the three pilot countries for the ‘Demographic Dividend with a Gender Dimension for 2018-2022’.

The project is being implemented by the United Nations Economic Commission for Africa, as entry points for the implementation of Sustainable Development Goals in Africa, Asia and the Pacific.

He emphasised that Nigeria believed the advancement of women must be approached in a concerted and collective manner.

“Nigeria reaffirms the importance of the effective implementation of the Beijing Declaration and Platform for Action and other International Agreements for the promotion of gender equality and women’s empowerment.

“We must work together to ensure the upliftment of womanhood in the realization of objectives of the Agenda 2030 for Sustainable Development and the African Union Agenda 2063,” he stressed.