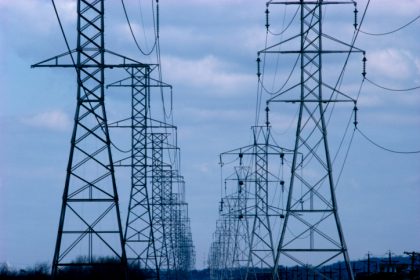 The Transmission Company of Nigeria (TCN), on Wednesday, said it wheeled out 94,762.9 megawatts (MW) in Sept., due to increase in generation in the last two weeks of the month.

The daily statistics of TCN operations obtained by the News Agency of Nigeria (NAN) from Nigerian Electricity System Operator (SO), a section of the TCN, indicated that 30,936mw was generated from Sept. 2 to Sept. 12.

The statistics indicated that power generation increased by 32,890.9mw between the two periods.

The energy generated was transmitted to 11 distribution companies (DisCos).

The TCN said the national peak demand forecast stood at 19,100.00mw, the installed available capacity was 11,165.40mw, while the current transmission capacity and network operational capacities were 7,000 mw and 5,500.00mw respectively.

Meanwhile, TCN’s Managing Director, Mr Mohammed Usman, has called for a regulation by the Nigerian Electricity Regulatory Commission (NERC) to protect its transformers in the event of damage by Electricity Distribution Companies (DisCos).

Mohammed said the inability of the DisCos to invest in distribution infrastructure had resulted in the use of some of TCN’s transformers by DisCos to supply electricity.

This, he said, had sometimes resulted in the breakdown of the transformers.

“And that is why I am telling NERC that we are writing a petition that they are taking supply directly from our transformers in some areas because they have failed to build their own injection sub-stations.

“We are going to ask NERC to put it, as a rule, to say that if our transformers get spoilt because of the DisCos’ failure to invest, they are going to compensate us,” said Mohammed.

He said to boost the operations of TCN, the management decided to audit ongoing contracts, and where necessary take over the expired ones.

“Most of those contracts are contracts for supply and installation of 330Kv sub-station and they are supposed to last for 18 months.

“The one in Damaturu was awarded in 2006, it is about 12 years, this contract has expired.

“The problem TCN had in the past was that it awarded contracts to incompetent companies, but under current TCN management, we have changed the way we award contracts.

“Most of our major contracts now, we have to do pre-qualification, you have to be qualified first before you can even tender, so this kind of problem that we had will not continue.

“But some of the contractors that are not very difficult; we will work with them to complete the job,” said Mohammed.

According to him, TCN has attracted a significant amount of investments, and that international donors are willing to provide more funding to executive more transmission projects.

This, he attributed to a series of audits reports conducted by the current management of the company. (NAN)