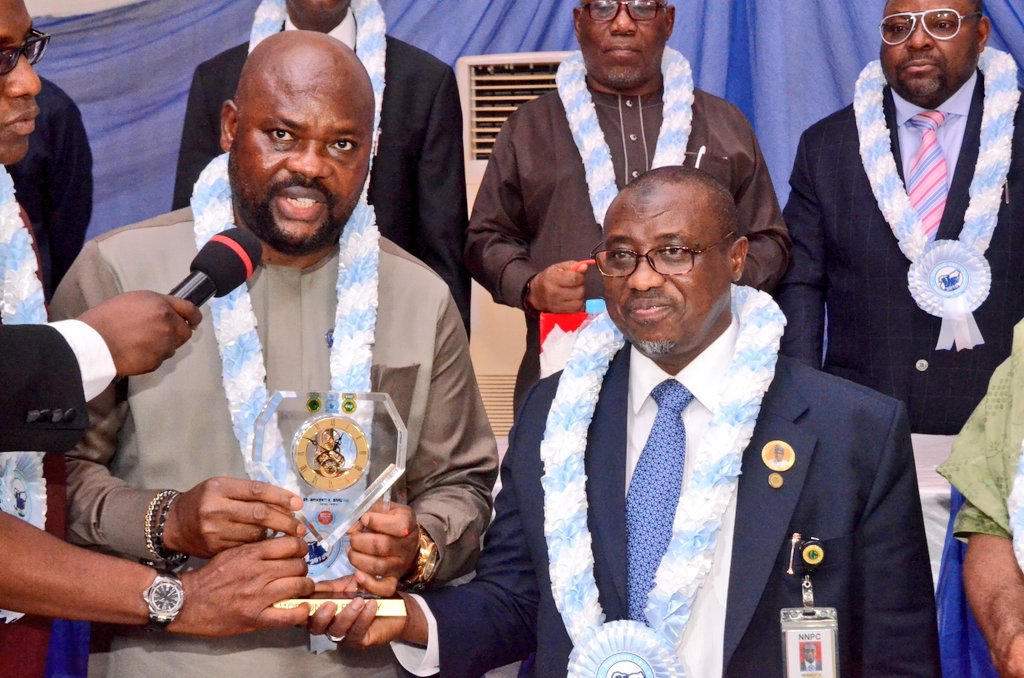 The NNPC GMD made this disclosure at the 4th Quadrennial Delegates’ Conference of the National Union of Petroleum and Natural Gas Workers (NUPENG), NNPC Group Executive Council in Abuja.

Dr. Baru pointed out that both unions have demonstrated uncommon commitment to the vision of the NNPC Management in ensuring steady and uninterrupted supply of petroleum products across the country.

‘’I wish to register my appreciation to the present Executives of NUPENG. Together with the Petroleum and Natural Gas Senior Staff Association of Nigeria (PENGASSAN), you have collectively created an atmosphere of industrial harmony in NNPC and by extension, the entire Oil and Gas industry. You have shown great understanding at the critical moments in the course of our operations. I thank you for the cordial relationship that has defined our association”, he said.

Speaking on the topic: “NNPC NUPENG Branch: Redefining the Trajectory of Trade Unionism,” the NNPC Boss expressed satisfaction that unionism at the NNPC has moved away from confrontation, strikes and threats of industrial actions to pragmatic consultations.

He commended the foresight of the union leaders on the choice of the conference theme, “Living with Change – PIGB and the Aftermath for the Oil and Gas Sector Workers”, stressing that early agreement by the relevant arms of government on Petroleum Industry Bill (PIB) would impact greatly on the activities of the Oil and Gas Sector.

The NNPC GMD praised the oil workers for their courage to embrace change, a phenomenon which he described as a difficult endeavour for a leader to undertake.

Earlier in his speech, the NUPENG National President, Prince Williams Akporeha said the union had embarked on a number of reforms geared towards rebranding itself for efficiency.

“In the last six months of our coming into leadership position, the new leadership has continued to embark on series of rebranding exercises to positively project the union through reforms and various policy frameworks with purposeful intention of making the union vibrant, effective and efficient,” he explained.

Speaking at the occasion, the newly elected NNPC Group Chairman, Comrade Idache David Paul, in his acceptance speech appreciated the NNPC’s management for the support so far and promised to build on the achievements of his predecessors.