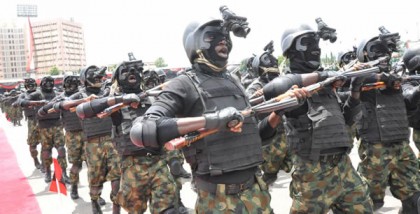 Force Commander, Major-Gen. Adeyemi Yekini, made the disclosure in Makurdi on Monday while addressing newsmen on the incident.

Yekini said that the suspects were killed on Sunday night following a distress call received by the troops in Zaki Biam.

He said that the suspects, who attacked parts of the town with the aim of robbing the people of their property, were killed by the Special Forces during exchange of gunshots.

“Our troops in Zaki Biam got a distress call that part of the town was under attack by Gana boys who came to rob people of their property. So the troops responded immediately and during the exchange of gunshots, three of them were killed,” he said.

The commander said that the troops also recovered two weapons and several ammunitions from them.

The News Agency of Nigeria (NAN) reports that the commander had earlier confirmed the killing of the wife of Gana, Mrs Elizabeth Akwaza and 12 of the gang members. (NAN)