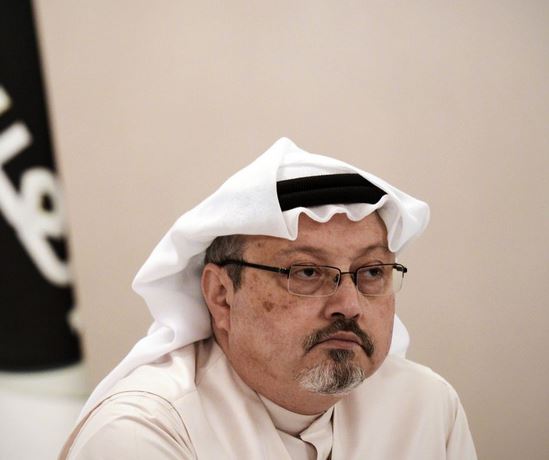 Saudi Arabia’s Foreign Minister Adel al-Jubeir said on Tuesday the kingdom was committed to a thorough and complete investigation to obtain the truth behind the killing of journalist Jamal Khashoggi in Turkey.
Saudi Arabia had sent a team to Turkey for a joint investigation and “uncovered evidence of a murder” in the Saudi Arabian consulate in Istanbul, the minister told a news conference in Indonesia during a state visit.
“We expressed commitment to see to it that the investigation is thorough and complete and the truth is revealed and those responsible will be held to account.
“We will see to it that procedures and mechanisms are put in place to ensure that something like this can never happen again,” al-Jubeir said at the joint news conference with his Indonesian counterpart.
Khashoggi, a Washington Post columnist and critic of the Saudi government, disappeared after he entered the consulate in Istanbul on Oct. 2, to obtain documents for his marriage.
Saudi Arabia initially denied knowledge of his fate before saying he had been killed in a fight in the consulate, an explanation that has drawn international skepticism.
Foreign Minister al-Jubeir said 18 people had been detained and six senior government officials had already been dismissed as a result of the investigation.
On Monday, al-Jubeir met Indonesian President Joko Widodo who called for a “transparent and thorough” investigation of the killing.
U.S. President Donald Trump spoke with Crown Prince Mohammed bin Salman, the kingdom’s de facto ruler on Sunday, but said he was still not satisfied with what he had heard about the killing.
Trump said on Monday that he was still not satisfied with what he has heard from Saudi Arabia about the killing of journalist Khashoggi in Turkey, but did not want to lose investment from Riyadh.
He had told reporters on Monday that he has teams in Saudi Arabia and Turkey working on the case and would know more about it after they returned to Washington on Monday night or Tuesday.
Central Intelligence Agency Director Gina Haspel was traveling to Turkey on Monday to work on the Khashoggi investigation, two sources familiar with the matter told Reuters.
“I am not satisfied with what I’ve heard,” Trump told reporters at the White House. “I don’t want to lose all that investment that’s been made in our country. But we’re going to get to the bottom of it.”
He later told U.S.A. Today that he believed the death was a “plot gone awry.”
Trump has expressed reluctance to punish the Saudis economically, citing the kingdom’s multi-billion-dollar purchases of U.S. military equipment and investments in U.S. companies.
Saudi state media said that Prince Mohammed met with U.S. Treasury Secretary Steven Mnuchin in Riyadh and discussed “the importance of the Saudi-U.S. strategic partnership.
Mnuchin’s spokesman said on Twitter the two discussed the Khashoggi investigation as well as Iran sanctions and Saudi economic issues.
In another development, Turkey Foreign Minister Mevlut Cavusoglu said on Tuesday that Turkey had not yet shared any information with any country from its probe into the killing of Khashoggi.
Cavusoglu made the comment in a televised interview with the state-run Anadolu news agency; hours before President Tayyip Erdogan was due to reveal what he has said were details in the case.
He said that Turkey is ready to cooperate with any international investigation into Khashoggi’s killing.
Authorities have been investigating Khashoggi’s disappearance after he entered the consulate on Oct. 2. After weeks of denial, Saudi Arabia at the weekend said the journalist had been killed at the consulate.
Erdogan has said that he would share the information of the investigation in a speech on Tuesday.
Saudi Arabia brushed off a Western boycott over Khashoggi case as it prepared to launch an investment conference on Tuesday that has been overshadowed by the withdrawal of dozens of top business and government leaders.
Hundreds of bankers and company executives are still expected to join officials at a palatial Riyadh hotel for the Future Investment Initiative.
The initiative is an annual event designed to help attract billions of dollars of foreign capital as part of reforms to end Saudi dependence on oil exports.
The 2017 inaugural conference drew the global business elite, earning it the informal title “Davos in the Desert”.
However, the 2018 event has been marred by the pullout of more than two dozen high-level speakers following an international outcry over Khashoggi’s killing.