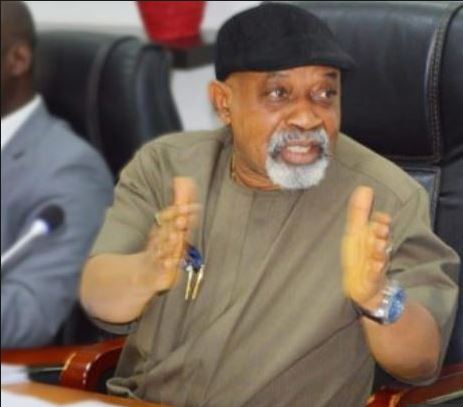 FG Will Not Restrain Activities of Labour – Ngige

The Federal Government says it will not restrain the activities of organised labour in the country but will continue to engage them in dialogue.

Dr Chris Ngige, the Minister of Labour and Employment, spoke in Abuja, when a delegation of the organisation of African Trade Union Unity (OATUU), paid him a courtesy visit.

Ngige, via a statement signed by Mr Samuel Olowookere, Director of Press in the ministry, said government “does not believe in curbing the activities of the organised labour union.’’

According to him, Section 40 of the constitution allows for freedom of association.

“It is the same law that gave birth to the formation of political parties that also empowered the formation of labour unions, hence President Muhammadu Buhari will never tamper with the activities of the unions.

“The Federal Government is committed to working in synergy with the two active labour centres in Nigeria, who are also dynamic members of OATUU with many affiliate unions,’’ he said.

The minister however called on OATUU to work out modalities on how to facilitate the review of its relationship with the Federal Government.

He said this was in terms of funding in view of the ongoing review of the list of international organisations and associations the country belong to.

“The Federal Government recently decided to review the list of international organisations and associations which the country will belong to.

“This is because of the fact that the payments of subvention and statutory contributions to such organisations have started taking toll on the federal treasury.’’

Mr Valentine Udeh, leader of the delegation, and Deputy Secretary General of OATUU, said the delegation came to discuss the review of subvention to OATUU by the Federal Government.

He expressed the appreciation of the union to the support it received from the Federal Government.

He also assured of the commitment of the Pan African organisation to continue to cater for the well-being of the continent’s workforce.