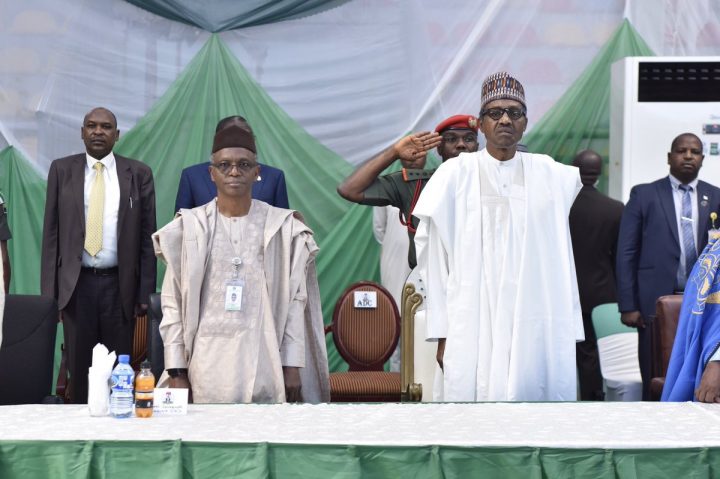 President Muhammadu Buhari on Tuesday said the recurring killings in Kaduna State must stop and directed security agencies to hunt down the perpetrators and bring them to justice.

Buhari made the remarks in Kaduna where he went to commiserate with victims of the recent clashes in the state.

He said those who were used to going scot-free after such killings, must now answer for their crimes.

“The Federal Government will take strongest measures possible to punish perpetrators of these crimes. No one will go scot-free.

“We shall now hold everyone to account for these latest killings,’’ the president stressed.

Buhari, who described the incidents as “unacceptable’’, said Kaduna must not earn itself a new name as “home of violence.’’

“My earnest appeal to all citizens of Kaduna is to do their best to uphold peace in their respective communities,’’ he said.

The president commended the state government for managing the crisis, and assured that his administration would recruit more security personnel and deploy them nationwide to protect citizens.

He also welcomed the pledge of the state and local governments to support the construction of more police and civil defence offices to enhance security at the grassroots.

Buhari appealed to all citizens to be law-abiding, learn to listen to each other and resolve differences through peaceful means.

He also said that individuals and communities must respect the rights of others to live wherever they chose, worship freely and pursue lawful livelihood anywhere in this country.

Buhari said that the Federal Government was doing its best to develop human capital, tackle poverty and inequality in all parts of the country, as well as provide decent education and health.

While responding to an appeal by Gov. Nasiru El-Rufa’i, the president pledged to promptly look at the outstanding issue of compensation for victims of the 2011 post-election violence in the state.

Earlier, El-Rufa’i, had briefed the president on the security situation in the state and informed him that the state would, henceforth, enforce the 1915, 1917 and 1958 laws to hold communities where violence occur fully responsible.

He said that the state government also planned to set up new police and military outposts in Kasuwan Magani, Narayi, Sabon Tasha and other flashpoints.

The governor appealed for the deployment of 30 additional judges to fast-track justice delivery in the state.

Also, the Emir of Zazzau, Dr Shehu Idris, commended the prompt action taken by the state government and security agencies to contain the crisis.

He urged all citizens to live in peace and shun religious and community leaders as well as individuals pushing them to violence.

The emir advised that all those involved in the crisis and those promoting rumour, be adequately punished.

He called for more dialogue among religions and communities, to enhance peace in the state.