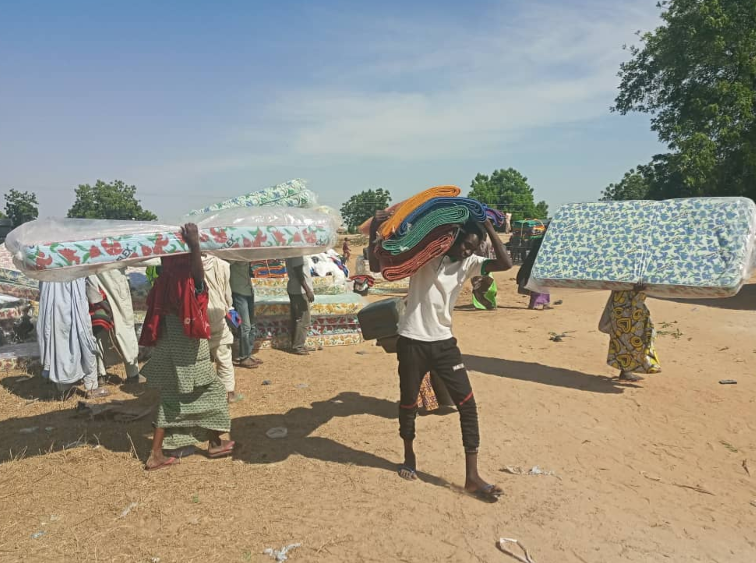 Launching the distribution, the Technical Coordinator and Project Manager Baba Zanna Abdulkarim said the programme was flagged off in Ngwom two months ago and called for synergy and coordination within the context of complementarity among National and International partners to bridge the gaps in distribution of food and non-food items to persons affected by the insurgency. He said each of the 1,743 households across ten communities will receive one family size mattress, plastic water container, bowl, mat, Blanket, hygiene package, wrapper, mosquito net, women and men clothing materials. He said that all the beneficiaries were carefully selected by the community oversight committee and a local non-governmental organization with the active participation of their community leaders.

The MCRP Project Manager said that he is catering for nearly 2, 000 returnees out of the over ten thousand of the worst hit returnees in different communities and appealed to other Non-Governmental Organizations to scale up their activities where necessary to reduce the burden.

The proper coordination of project activities among partners, he said, is crucial to avert duplication in giving support materials to beneficiaries at the expense of others. He also commended Governor Kashim Shettima for his determination to ensure that all returnees are adequately catered for and appealed to the beneficiaries to use the items for the purpose intended. He also explained that a grievance redressal mechanism has been put in place to look into all issues that may arise as a result of their return for peaceful coexistence stressing that telephone lines are available to channel any complaints and assured of a swift response to any such complaint.

Baba Zanna Abdulkarim also thanked the community leaders for their support and enjoined them to remain with their subjects in peace and unity. Several beneficiaries expressed appreciation saying that the items will help their families greatly.