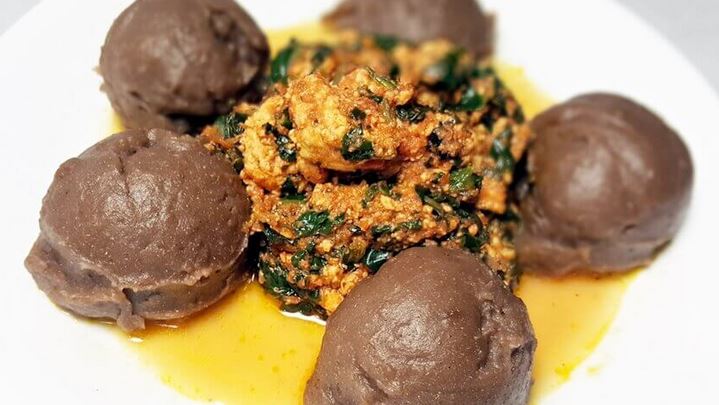 An Endocrinologist, Dr Olufemi Fasanmade, on Wednesday advised Nigerians to stick to the traditional African diet, saying eating `eba’ or `tuwo’ is healthier than eating wheat.

Fansamade, who works at the Lagos University Teaching Hospital (LUTH), Idi-Araba, spoke with the News Agency of Nigeria (NAN) in Lagos.

He said: “What is good for our population is to stick to the traditional African diet; including `eba` or `garri’, `tuwo’, pounded yam or `lafu’ (Yam flour).

“Wheat is not part of them, because wheat is a refined carbohydrate that people now turn to eat to make it look like eba.’’

According to him, in terms of swallow food choices, though, many Nigerians believe that wheat is healthier and have hooked to the fancy, `eba’, `amala’, `lafu and `Acha’ are actually healthier.

“Eba is nutritionally healthier to wheat because it contains fibre and is not yet processed carbohydrate.

“Eba, also known as garri, a staple food eaten with soup or stew in Nigeria and some West African countries, is made from dried grated and fried cassava flour.

“It is mixed into hot water and stirred well with a large wooden spoon until it becomes like a firm dough.

“In West Africa, there two types of garri, the white and yellow; the yellow garri is prepared by frying with the addition of palm oil to give it a yellow colour, white garri is fried without palm oil.

“Àmàlà is a food made out of yam and/or cassava flour; yams are peeled, sliced, cleaned, dried and then blended into a flour, also called elubo.

“The yams are white in colour, but turn brown when dried; this gives àmàlà its colour. Àmàlà is eaten mostly by the Yoruba people in Nigeria,’’ he said.

“Also, on the other hand, if you want to take bread, some people will say they don’t take the regular bread, they take wheat bread, every bread is made of wheat.

“However, what we encourage is that if you want to go for bread, go for the whole wheat bread.

“Whole wheat meals that is not so refined; when you eat it, it is like you are eating cardboard, not too many people want to eat such bread.

“The simple way to know that wheat is refined is that when you look at it and when you have prepared it, how many fibres do you see inside? It is smooth.

“But, when you take eba and you spread it, you will see fibres inside; that is what we mean by refined and unrefined,’’ Fansamade said.

According to him, semovita (semo) is a little bit more refined than eba, but one will still see the granules inside, though, there are some that don’t see anything inside.

On some diet tips for diabetic patients, Fasanmade said that eating cooking yam was healthier.

“For instance, if you take the yam, cooked yam is better than pounded yam, because one is still eating the fibres as they are.

“But in pounded yam, the fibres have been pounded till smooth.

“Pounded yam is partially refined, because you have pound it over and over and you have lost many of the things inside such as the fibres.

“So, for instance, the person who has diabetes, who is going to eat it, should go for boiled yam instead of pounded yam,’’ he said.

The medical doctor also advised that beans be eaten without the back removed.

“ Moin moin is partially refined; you have removed the skin of the beans that is refining.

“So, anything you have refined has worse potential for diabetes; the `cruder’ the thing is, the better it is.

“Eat fruits the way they are is preferred.

“Instead of blending and modernising it into smoothie, eat the fruits as they are,’’ Fansamade advised.