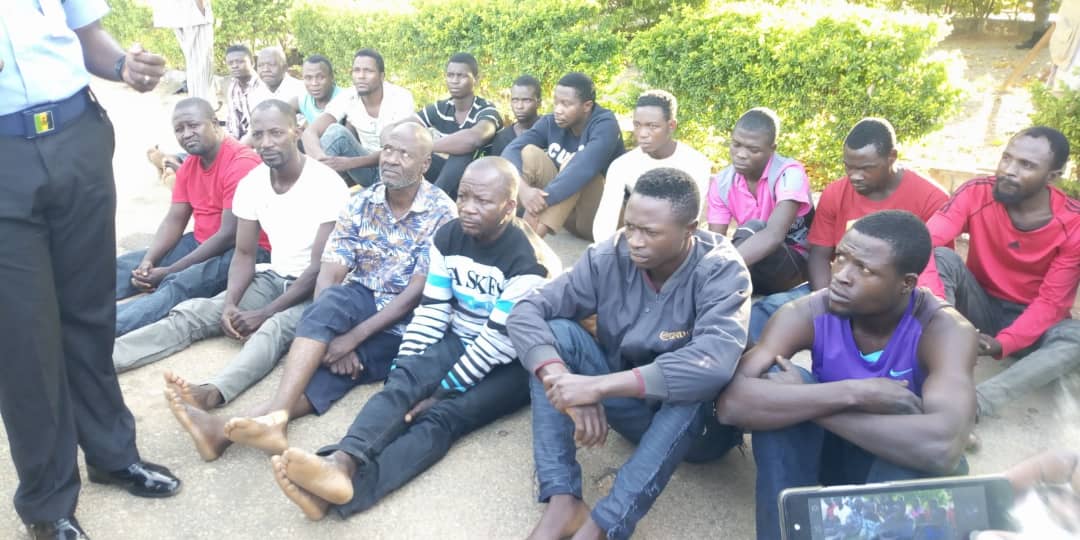 The Plateau State Police Command to brief you on the Commands’ investigations so far, in respect of the suspicious disappearance and death of Major General Idris Mohammed Alkali Rtd.

The tracking of his phones, vehicle and laptop led detectives alongside the Military to a pond in Dura-DU in Jos South Area of Plateau State. On 29/09/2018, the car driven by the missing General was recovered at the pond

Below are the initial thirteen (13) suspects taken over from the Military and their levels of involvement so far.

Was at Lapande with other youth.

Knew about the incident

Saw when and how the General was killed.

Knows the people that killed the General.

Dung Pam ‘m’ 26yrs, a youth in Doi community, also arrested in possession of a Revolver Pistol with one (1) round of ammunition.

Arrested with a locally made gun with one(1) round of live ammunition.

One of the women that protested against the draining of the pond where the missing General’s car was recovered.

Did everything to conceal the crime and pervert the crime.

A carpenter by profession

Arrested by the Military during search and rescue.

Owns and operates a block industry beside the pond in Dura where the car was recovered.

He concealed the information until his arrest.

Employed by Stanley Onuchukwu ‘m’ at the block industry

Witnessed when the car was pushed into the pond

Employed by Stanley at the block industry.

Had information about the dumping of the car into the pond.

Had information on the dumping of the car into the pond but concealed it until his arrest.

Arrested by the soldiers during search operation.

He was arrested during search/rescue operation.

His business joint believed to be where some of the principal suspects at large normally meet to plan their activities.

He knows some of the principal suspects.

He is the village Heed of Dura-DU

The vehicle was recovered in a pond in his area. He has knowledge of the entire exercise as the youth of the area respect and obey him.

He is a friend to Da. Chuwang AKA Mourinho, the principal suspect who is at large.

He is believed to have participated actively in the killing of the General.

One (1) locally made pistol was recovered in his house during cordon and search operation.

Meanwhile, efforts are on-going to track down the other two (2) suspects still at large.

Moreover suspects will be charged to court according to their involvements as soon as possible.