Senate to Probe Alleged Diversion of $1.05bn by NNPC 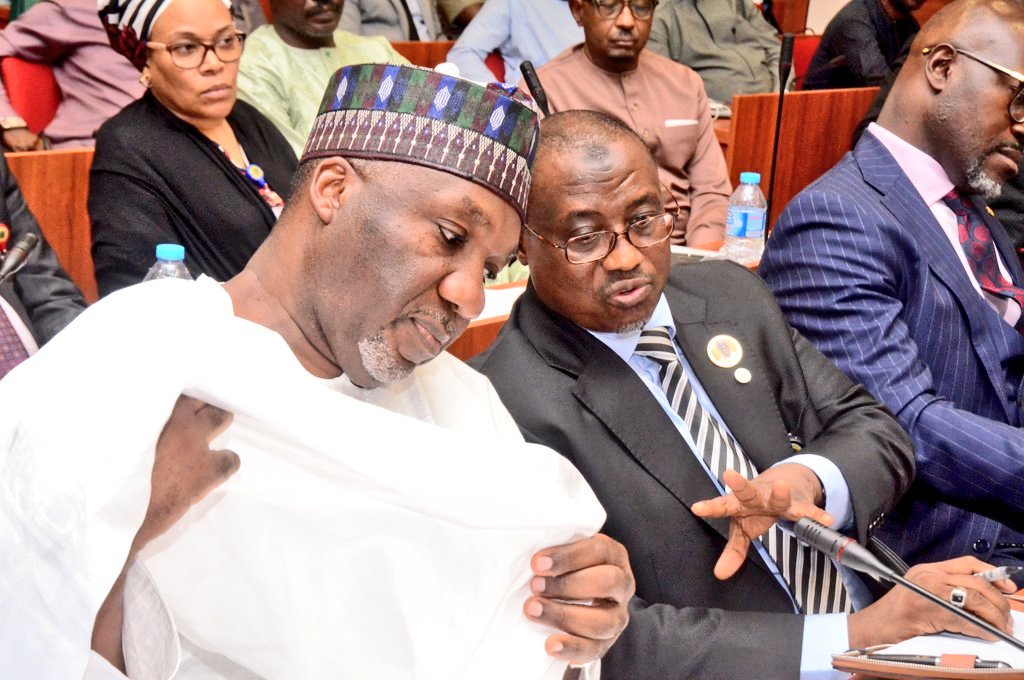 The Senate on Tuesday gave its Committee on Petroleum (Gas) nod to investigate alleged diversion of 1.05 billion dollars by the Nigeria National Petroleum Corporation (NNPC).

The Corporation says it is utilising the fund to augment under-recoveries in the importation of Premium Motor Spirit (PMS) popularly known as petrol.

Baru said that NNPC took the action at the height of the last fuel scarcity experienced by the country between December, 2017 and January, 2018.

He said the oil organisation acted in line with a National Assembly directive “to do everything necessary to end the scarcity of fuel”.

He explained that the action was also in line with section 7 (4) (b) of NNPC Act which mandated it to fund its operations from its revenues.

The News Agency of Nigeria (NAN) reports that the NNPC represents the Federal Government, which has 49 per cent stake, in NLNG.

President of the Senate, Dr Bukola Saraki, had on Monday, said it was illegal for NNPC to unilaterally draw from the NLNG dividend funds without appropriation by the National Assembly.

Saraki, in a statement, said the dividends paid to Federal Government from NLNG business were supposed to be kept in the Federation Account and shared among the three tiers of government.

Chairman of the Senate Committee on Gas, Sen. Bassey Akpan, raised a point of order at plenary on Tuesday calling for probe of the withdrawal and spending.

Akpan said that NNPC’s share of the NLNG dividends were revenues that ought to be shared among the three tiers of government.

He said that utilising the funds without appropriation by the National Assembly, and without the knowledge of state and local governments was an illegal act that should not be overlooked.

But, the Majority Leader, Sen. Ahmed Lawan, said the probe of the 1.05 billion dollar NLNG dividend fund should be left for the ad hoc committee, which was already looking into the matter.

NAN recalls that the ad hoc committee, chaired by Lawan, was set up on Oct. 16 to look into alleged secret spending of 3.5 billion dollars by the NNPC on fuel subsidy.

Lawan said, “Mr President, I don’t think at this juncture that the Senate Committee on Gas should go and investigate the utilisation of the 1.05 billion dollar from the NLNG dividends fund.

“We are already doing that, but if the committee on gas is to do this, it means our work is over, because we adjourned. NNPC is presenting all their documents to the committee next week.

“We are sitting this afternoon with other stakeholders. So, I personally feel that this will subtract from what we are doing, and I think it will make our work unnecessary.”

But, Sen. Emmanuel Paulker (PDP-Bayelsa Central), disagreed with Lawan on the ground that the matter being investigated by the ad hoc committee was different from the NLNG fund.

“The ad hoc committee was set up specifically to look into the alleged spending of 3.5 billion dollars on fuel subsidy.

“Subsidy issue should not be confused with the issue of the interest that arose from the dividends of the NLNG. So, I believe they are two different issues.

“So, while the ad hoc committee is going on with its work to identify what NNPC did with the subsidy, I see nothing wrong for the gas committee to investigate the usage of the dividend arising from the NLNG Ltd,” Paulker argued.

Ruling on the matter, Saraki agreed with Akpan and Paulker, saying that the gas committee’s probe would be restricted to the utilisation of the NLNG dividends fund.

The dividend issue, according to him, goes beyond the alleged 3.5 billion dollars subsidy payment, and so should be separately looked into.

“Who knows, maybe the dividend is also being used for other things, may be for recurrent expenditure, we don’t even know.

“I think the ad hoc committee’s investigation is wide and Sen. Akpan is talking about dividends of NLNG being used for subsidy.

“Could it be that the fund is also being used for other things as well? I think they are two separate issues,” Saraki said.

He, therefore, ruled that the committee on gas should proceed with the investigation. (NAN)