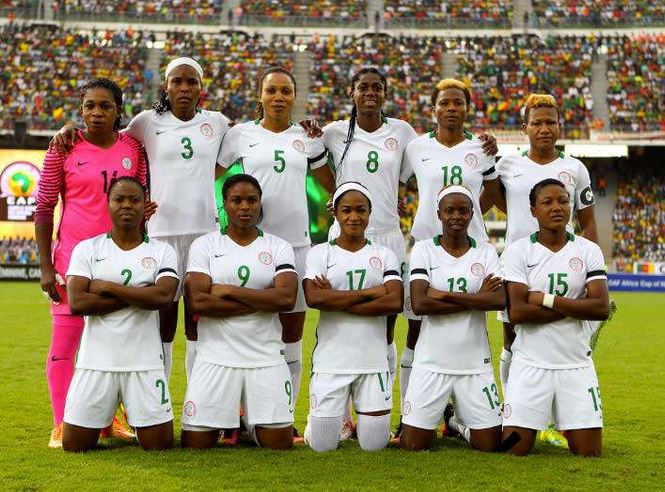 Defending champions Nigeria Super Falcons on Sunday at Cape Coast in Ghana lost 0-1 to rivals South Africa in their opening match at the 11th Women’s Africa Cup of Nations.

in spite of the superiority in experience of the Nigerian side, they failed to translate that into dominance.

The South Africans gave them no breathing space though, standing up to them and even keeping them on the back foot several times.

The Banyana Banyana however found the breakthrough in the 85th minute through Thembi Kgatlana.