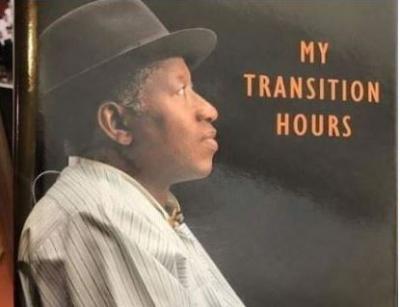 Mr Ikechukwu Eze, the Media Adviser to former President Goodluck Jonathan, has advised members of the public to beware of fake online copy of “My Transition Hours’, a book just launched by Jonathan on Saturday.

Eze, in a statement issued on Thursday in Abuja, said that the online copy was not the same as the launched hard copy.

“We have just been informed that a fake document contrived by mischief makers and being passed on as the e-version of the just-launched ‘My Transition Hours’, a book by Dr Goodluck Jonathan, is now circulating online.

“We advise the general public to ignore such publication as the chapters and contents are not the same as the book publicly presented two days ago in Abuja by the former President.

“We note that the e-copy of ‘My Transition Hours’ is not being marketed, as such, the fake online version could only have been created by those out to deceive the unsuspecting public,” he said.

The book was authored by the ex-president to recount his last moments of decision to concede power to President Buhari, congratulating him on the victory even when collation of results were still ongoing of the 2015 presidential election.(NAN)